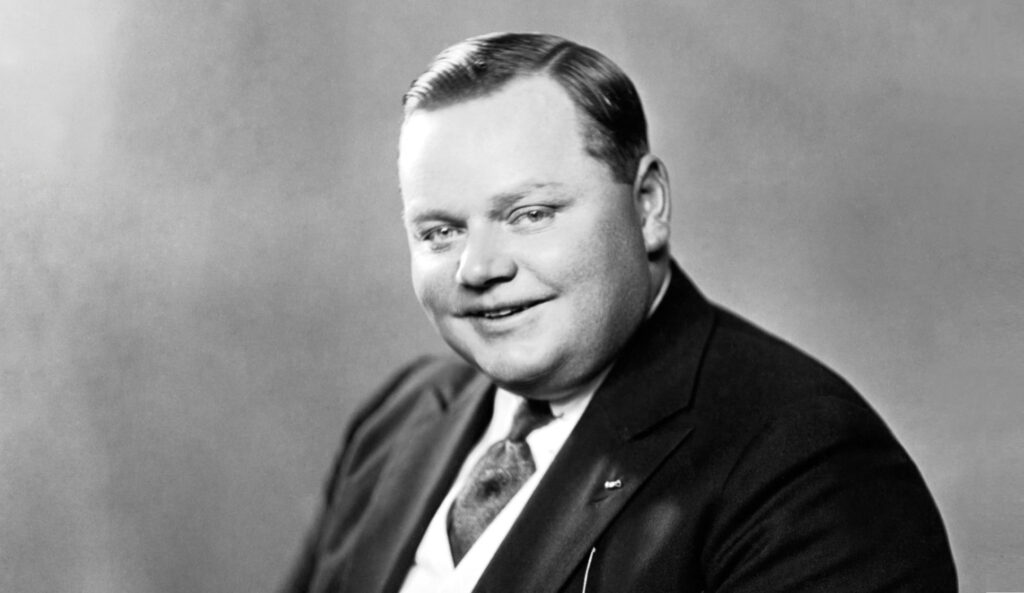 He was the teacher and mentor of Buster Keaton. At the beginning of the Twenties, he was the higliest paid actor in Hollywood (5.000 dollar a week!), as famous as Charlie Chaplin himself. Roscoe ‘Fatty’ Arbuckle, with his massive phisicality and his unsuspected agility, played a fundamental role in the history of comedy films, until in 1921 he was stroke by a huge scandal, accused to be implicated in the death of a young actress. The subsequent trials demonstrated his innocence, but his career was doomed.

In the section dedicated to the year 1921, Il Cinema Ritrovato 2021 presents the last film of this great performer, Crazy to Marry by James Cruze.

“A single print of Crazy to Marry, lacking two out of six reels, seems to have survived, in Soviet Russia, where the film was released several times, from 1925 onward. (The Cinémathèque Roy- ale de Belgique holds elements of the Gosfilmofond version, but no screening print). We are looking forward very much to the resurrection of this significant and mostly lost work by Arbuckle, alias Dr Hobart Hupp, who believes he can cure criminals by surgery. Special thanks go to Tamara Shvediuk of Gosfilmofond of Russia for providing the intertitles of the missing sections.” (Mariann Lewinsky)

“Arbuckle is considered one of the great pioneers in comedy. He’s really been erased in the history books because of all the scandals. Keaton learned everything about filmmaking from Arbuckle. He is considered to be the comedy surrealist—a contemporary of Dali or Bunuel. In that context, Arbuckle is the comedy dadaist. He is doing wild and crazy things. Keaton is also doing wild and crazy things, but they were deliberate, with purpose.” (David Pearson)