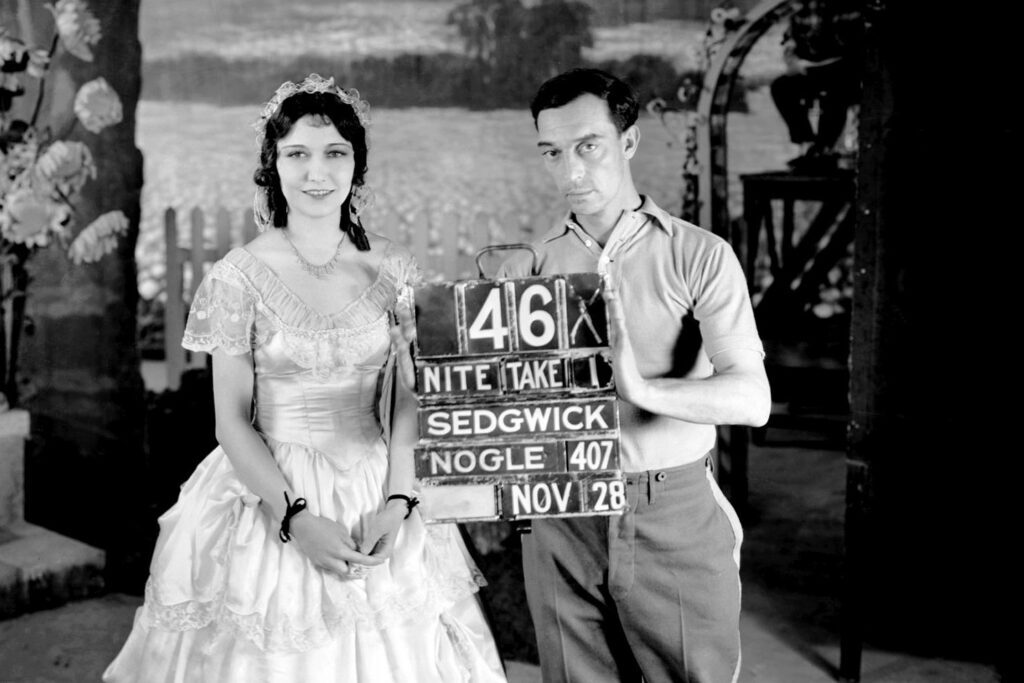 Waiting for the XXXIV edition of Il Cinema Ritrovato Festival (Bologna, August 25-31), let’s explore the sections of this year’s rich program. We will travel to the paradise of cinephiles through space and time.

Century of Cinema: 1900
The old century’s behind. Cinema, five years old, is already in great shape. Something between the exaltation of electric modernity and the unfolding of an exotic imaginary, the 1900 Paris Exposition will be a formidable “milestone” for the new technology which opens up infinite views of the world. This section is designed not as a panorama, but as a centrifugal dissemination of images that radiates from what was seen at the Parisian Expo: the views and the trichrome slides of the Lumière Company, the colonized Indochina in magnificent films of Gabriel Veyre, and a reconstructed program of the Phono-Cinéma-Théatre. Elsewhere, meanwhile, a throbbing Venice was captured by Giancarlo Stucky, globe-trotting Joe Rosenthal ventured from England to South Africa and the Far East in search of film stories and the great Georges Méliès made, among other wonders, a monumental Jeanne d’Arc of 250m and an enchanting Rêve de Noël.
Curated by Mariann Lewsinky

One Hundred Years Ago: 1920
With the year 1920, this section enters a new decade when the worldwide production of films suddenly becomes immense. For this edition, we set priorities on and offer you some delightful discoveries in the genre of adventure film, a couple of totally forgotten gems including Czechoslovakian Tam Na Horách (by Sidney Goldin), as well as rarely shown films by great directors like Germaine Dulac, Ernst Lubitsch and André Antoine. Additionally, we invite you to the ultimate silent experience in screening prints of masterpieces with authentic tinting and toning done by Jan Ledecký, including Stiller’s Erotikon, Lang’s Die Spinnen and Mario Guaita-Ausonia’s La cintura delle Amazzoni, the latter written by still undeservedly unknown Renée Deliot. Be prepared for the sheer joy of seeing performances by marvellous actors such as Astrea, Dianne Karenne, Anny Ondra, Henny Porten, Ausonia, Polidor and Emil Jannings. A selection of shorts will complete the  programme.
Curated by Mariann Lewinsky and Karl Wratschko

Early Women Directors in the Soviet Union
This is more than just a footnote to history: Until the 1950s, there were more women film directors active in the USSR than in any other country in the world. The fact that we can list more than ten names of major feature directors, and as many documentary makers, plus a few animators, bears witness to the strong impact of the revolution on the women’s place in society – in a country supposedly more “backward” than Western Europe. In 2013, Il Cinema Ritrovato paid tribute to Olga Preobrazhenskaia.
We would like to continue with, to name a few, the multi-talented Alexandra Khokhlova (Lev Kuleshov’s main collaborator), the Georgian Nutsa (Nino) Gogoberidze (whose only feature, Ujmuri, was rediscovered last year) and Margarita Barskaia (director of the classic Torn Shoes). The programme will also feature the work of documentary pioneers Esfir Shub and Lydia Stepanova, along with the films of box-office stars such as Vera Stroeva, Nadezhda Kosheverova and Tatiana Lukashevich.
Curated by Irène Bonnaud and Bernard Eisenschitz

Buster Keaton!
This year five programs will look at Keaton’s golden age and beyond. Besides our new restorations of The Boat (1921) and The Balloonatic (1923), we will present the two films that marked respectively, the dawn and twilight of Buster’s career: The Saphead (1920) and Spite Marriage (1929), the latter restored in collaboration with Warner Bros and The Criterion Collection. Lobster Films has a rich offering with the restoration of both versions of The Blacksmith (1922) and The Love Nest (1923). An air balloon with arms and legs, a shoe boutique for horses, the most famous train in film history (since the one which arrived at the Ciotat), a sinking bathtub in the middle of the Pacific Ocean, are only some of the marvels that we will be showing. The Keaton project is promoted and carried out by Fondazione Cineteca di Bologna and Cohen Film Collection.
Curated by Cecilia Cenciarelli with Serge Bromberg and Tim Lanza

Documents and Documentaries
Dedicated to classic documentaries (such as Tempo di viaggio, co-directed by Andrei Tarkovsky and Tonino Guerra), or films about cinema history and filmmaking, this section offers the best new documentaries in the field including the stories of legendary directors (Jean Pierre Melville, Volker Schlöndorff), actors (Jane Fonda, Isabelle Huppert, Jane Birkin), cinematographers (Tonino Delli Colli), film distributors (Searching for Mr. Rugoff) – and the peculiar case of one of Hitler’s most trusted men, Albert Speer, who had the most curious stint in motion pictures, as told in Speer Goes to Hollywood.