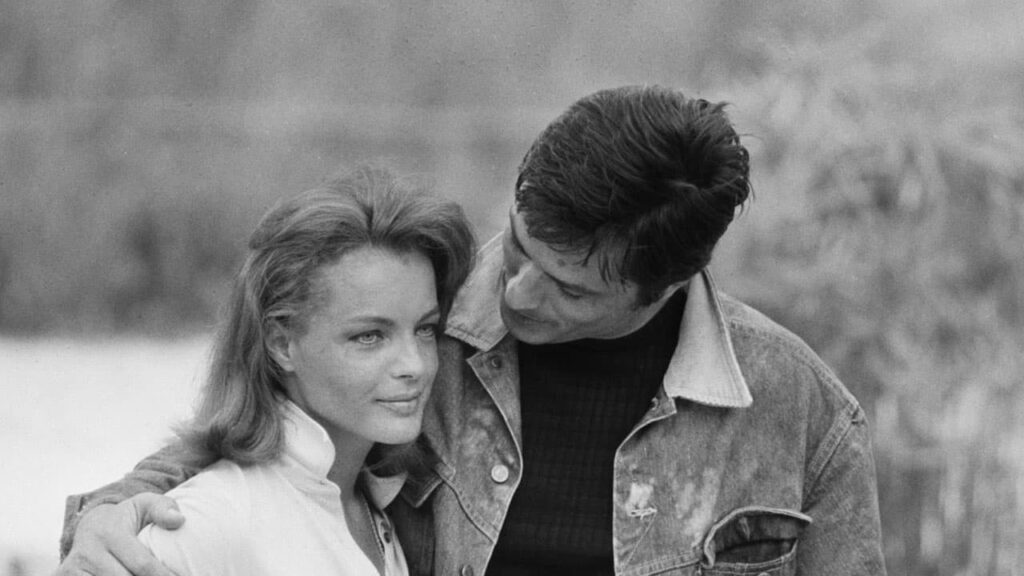 I watch you sleep. I’m with you, by your bedside.

You’re wearing a long black tunic and red embroidery on the bodice. These are flowers, I think, but I do not look at them.

I will say goodbye, the longest farewell, my Puppelé. That’s how I called you. It means “little doll” in German.

I do not watch the flowers, but your face and I think you’re beautiful, and never, perhaps you have been so beautiful.

The films  selected demonstrate that her roles were marked as much by her life as by the plots. Fiction informs life, and vice versa, to complete the portrait of a woman who didn’t shy away from the heartbreak that nature and history inflicted on her, even if that meant a lifetime of pain for body and soul. 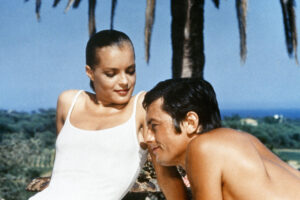 kes to think about the loving and professional partnership with Alain Delon. Perfect harmony on stage, passion, betrayals and contrasts in the couple’s life. And so, reality and fiction mingle in the iconic in which they both are main characters: La Piscine (France/ taly, 1968) scheduled for Wednesday 21 July, at 9.45 pm, in Piazza Maggiore.

“Above all it is a love story, about a relationship in crisis. There are two couples: one comprised of two lovers; the other of a father and daughter. For three days they play at loving and lying, and the three days concludes with a murder”, says the film director  Jacques Deray. The same game of love and lies that Romy and Alain play in real life. Apparently, it was Delon who wanted her in the film, despite having recently divorced her. The feeling on stage is evident, as is the love that binds them. However, they never got back together. Romy died at the age of forty-four and Alain wrote her a poignant letter, part of which can be read in the opening words of this news.