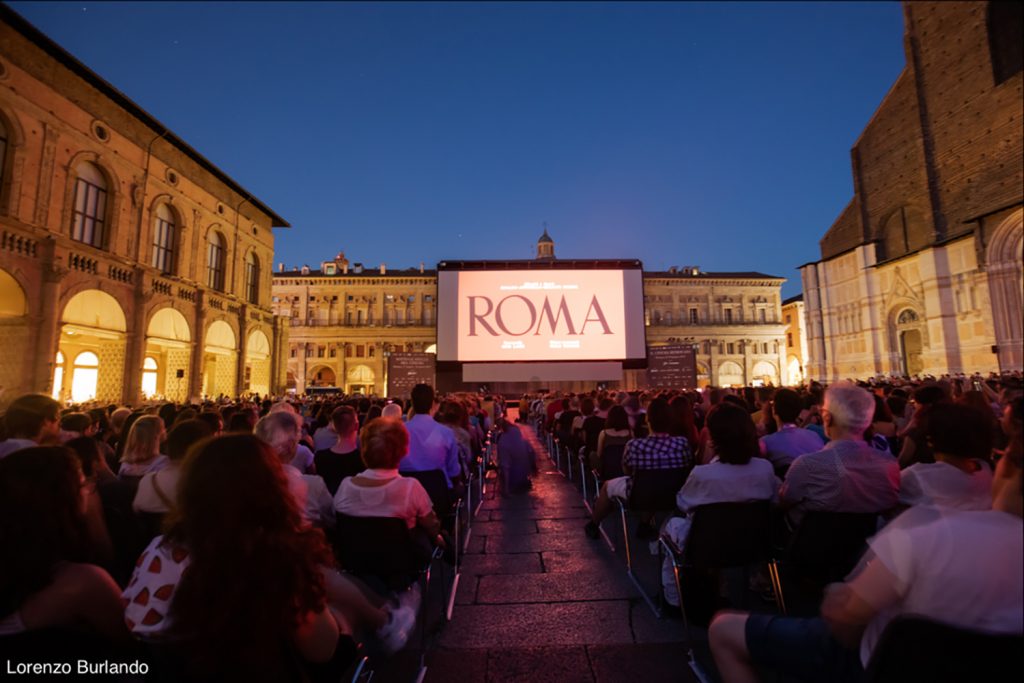 Cinema Ritrovato is, with the Festival Lumière in Lyon, the world’s premiere film festival devoted to classic, rare and restored films and it is not hyperbole to say that it is a magical event. For nine days the ancient city of Bologna turns into the world capital of classic movies and a cinephile’s dream, with dozens of daily screenings, talks, symposia and master classes. Lines of passionate film lovers snake in front of theaters in the old city center where the warm air is scented with the aromas of Bologna fabled cuisine. The beating heart of the festival is the Cineteca di Bologna, the film archive founded in 1962, directed by Gian Luca Farinelli and headquartered in the complex which also houses the film labs of Immagine Ritrovata, the world class restoration facilities which have saved hundreds of prints from oblivion, becoming world-renowned in the process. The festival’s most spectacular events are the free screenings which take place each night in the central Piazza Maggiore which fills with audiences 5,000 strong as films of the past relive on the big screen. One of the featured films in the piazza this year was Federico Fellini’s “Roma” in a new 4K restoration by Immagine Ritrovata, funded by a $120,000 grant by the Hollywood Foreign Press Association. The world premiere screening in this capital city of Emilia Romagna, Fellini’s native region, was a prelude to the worldwide celebrations for the 100th anniversary of the birth of the Italian master.