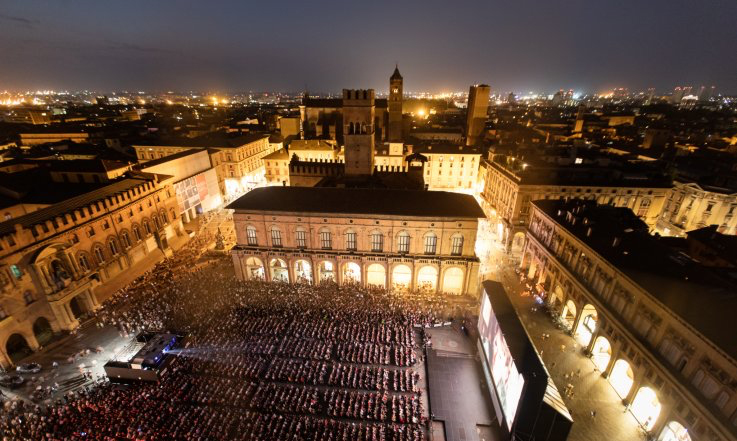 Su Newsweek un articolo dedicato alle arene di cinema all’aperto in giro per il mondo.
“While catching a film in a theater is on hold right now, there’s a silver lining—there are more places than ever to watch a movie under the stars. The pandemic has given drive-ins a new moment of prominence, but at some of these locations around the world you don’t even need to stay in your car. Watch a film at a “floating cinema” on your own private mini-boat, by an English medieval castle or against the backdrop of the illuminated ancient Acropolis. You’ll feel like you’re in a scene from the movies—while watching one”. A rappresentare l’Italia, Sotto le stelle del cinema in Piazza Maggiore!
“Kick back and watch a film under the stars and surrounded by history.
Sitting in the heart of Bologna at the Piazza Maggiore, this outdoor theater can hold around 1000 guests and has 50 different showings through September 1.
Both modern and classic films are shown for free, though spots must be reserved in advance”.