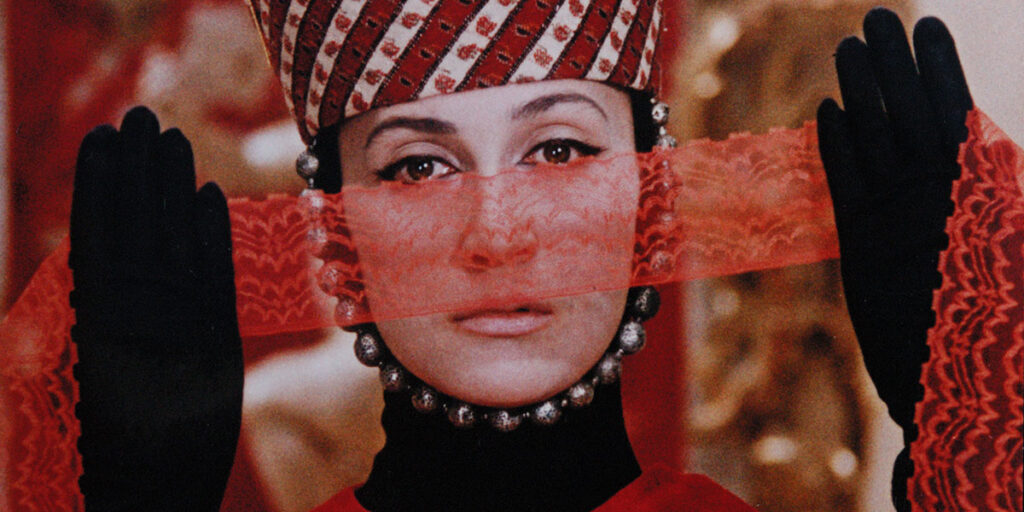 There is a little bit of Cinema Ritrovato at the Budapest Film Classic Marathon 2022 (Budapest, 13-18 september). In the festival programme the new restoration of The Color of Pomegranates by Sergei Parajanov will be screened. The film has been restored by Cineteca di Bologna/L’Immagine Ritrovata laboratory and The Film Foundation’s World Cinema Project, in association with the National Cinema Centre of Armenia and Gosfilmofond of Russia. Restoration funded by the Material World Charitable Foundation.

In this film based on the life of Harutin Sayadyan, the Armenian poet known as Sayat-Nova, the pomegranate is a symbol that is ever present: a whole cosmos lies hidden beneath the fruit’s inedible, armour-like and bitter skin, because each seed is its own small juicy fruit, fertility itself, creation, life… The Armenian genius Sergei Parajanov, indomitable despite his hugely troubled life, did not make a typical biopic of the poet but instead (in a way difficult to describe in words) an experimental film building on many interlinked symbols, which succeeds in evoking the spirit of the bard. “I tried to depict art in life rather than life in art,” Parajanov said of his movie, which after many vicissitudes can finally be viewed by audiences today in the form its creator imagined.

Go to the Film page