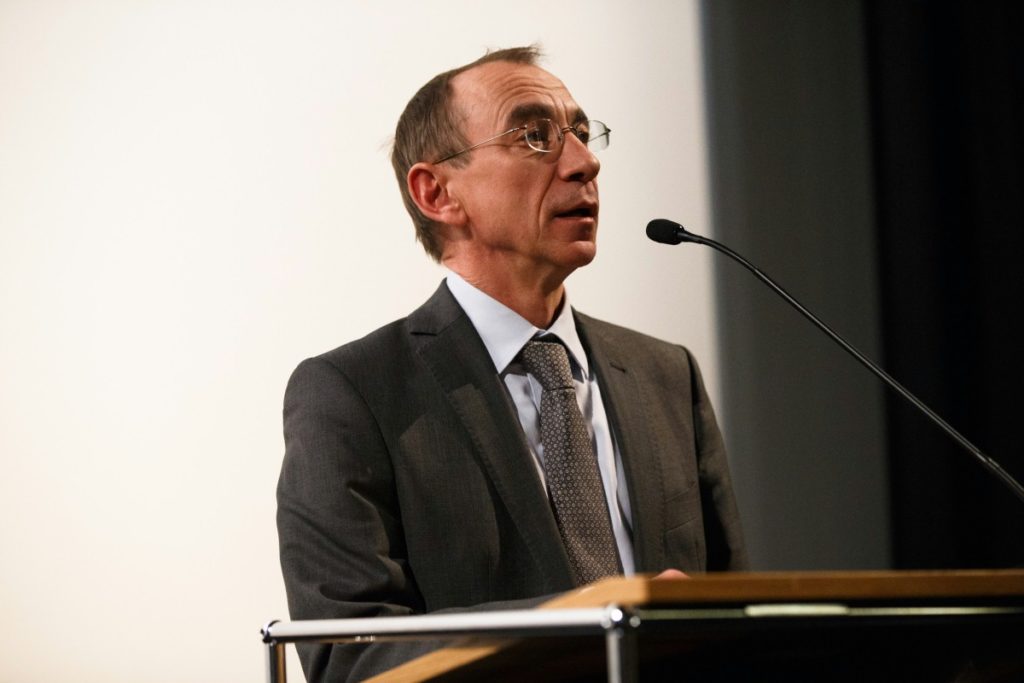 Rainer Rother is head of the Berlinale‘s “Retrospective”. Over the years, he published primarily articles on film history in several journals and newspapers. Since 2001, he has been a member of the selection committee of the Competition of the Berlin International Film Festival. From 2004 to 2006 he co-curated the Berlinale series “Selling Democracy”. In April 2006, Rother was appointed artistic director of the Deutsche Kinemathek.

Rainer Rother participates in the 72nd FIAF congress taking place during this year’s Il Cinema Ritrovato. We interviewed him to present the publication he curated on the occasion of the 100th anniversary of techicolor, Glorious Technicolor (Bertz + Fischer, 2015). The book will be available for purchase at Il Cinema Ritrovato – Book Fair.

“Glorious Technicolor” refers to the company’s slogan “In glorious Technicolor” which became the trademark of a film process that became legend far beyond Hollywood.
In 1915, the Technicolor Motion Picture Corporation began developing and continually improving two and then three color processes for shooting and projecting films. By the mid 1930s, the level of quality that gave Technicolor its radiance had been achieved. For the first time, the entire color spectrum could be reproduced on film and the use of color could be a conscious choice. Even today, “Technicolor” stands for spectacular colors and movie-going experiences.

Back when it was born, in 1915, Technicolor revolutionized the way films were conceived and made. How did it affect the evolution of cinema in the first half of the 20th century?

Films made in classic Hollywood style, concentrated primarily on plot and character, tried out color as a means of accentuating key moments and underscoring emotions. Filmmakers took advantage of the new color system for creative expression. The work of the production and costume design departments was essential to achieving that.
As animated films functioned as the trailblazers for the Technicolor aesthetic, it didn’t take long until Technicolor break through into live-action production as well. Adventure and period films, and swashbucklers were early and eager adopters of the Technicolor system. Color was integrated into the dramatic arc. It was an inspiration of new creative possibilities. Furthermore Westerns used Technicolor to advantage to plumb the aesthetics of location shooting.

This year, at Il Cinema Ritrovato, part of the festival’s program is dedicated to Technicolor. Among other films, it will be presented in this section a series of musicals, which are also listed in the chapter “Somewhere inside the rainbow” included in this publication. Is there a special relationship between this color process and musical films?

Beginning with “The Wizard of Oz” (Victor Fleming, 1939) color created a boom in the musical genre. In some films the zesty, exaggerated use of colors evoques an “explosion of colors”. The great range of hues and shades offered by three-color Technicolor made color an essential element for musicals. They underline the importance of costumes and image composition. Luscious, satured colors emphasize the visual pleasures of the genre. Author Susanne Marschall points to the fusion of film and painting, respectively film and dance. This synthesis contributes strongly to the increasing popularity of the genre in the 1940ies and 1950ies.

One of the chapters of this book is dedicated to Technicolor restoration. How is it different from restorations carried out on color negative films?

Film-to-film preservation of 3-strip aims to create a new color negative by first printing low contrast black and white positives (‘promasters’) from each of the yellow, cyan and magenta (‘YCM’) camera negatives. The promasters are then printed in turn through blue, red and green filters onto a color negative that will make a color print. Adjustments to the color values present in the final print can be made and controlled at both earlier stages. Digital methods require scanning of the YCM negatives before the values of the three records are processed to form full color images once overlaid. Again, color values can be controlled after combination but, in common with all digital image techniques, the controls can be applied at the shot level and even within frames. This allows restorers far greater control over both the repair of color damage caused by time-inflicted problems in the originals and the overall grading of the final result. It is the current hope of restorers, indeed, that digital grading offers the opportunity to more closely mimic the color reproduction of dye-transfer prints.