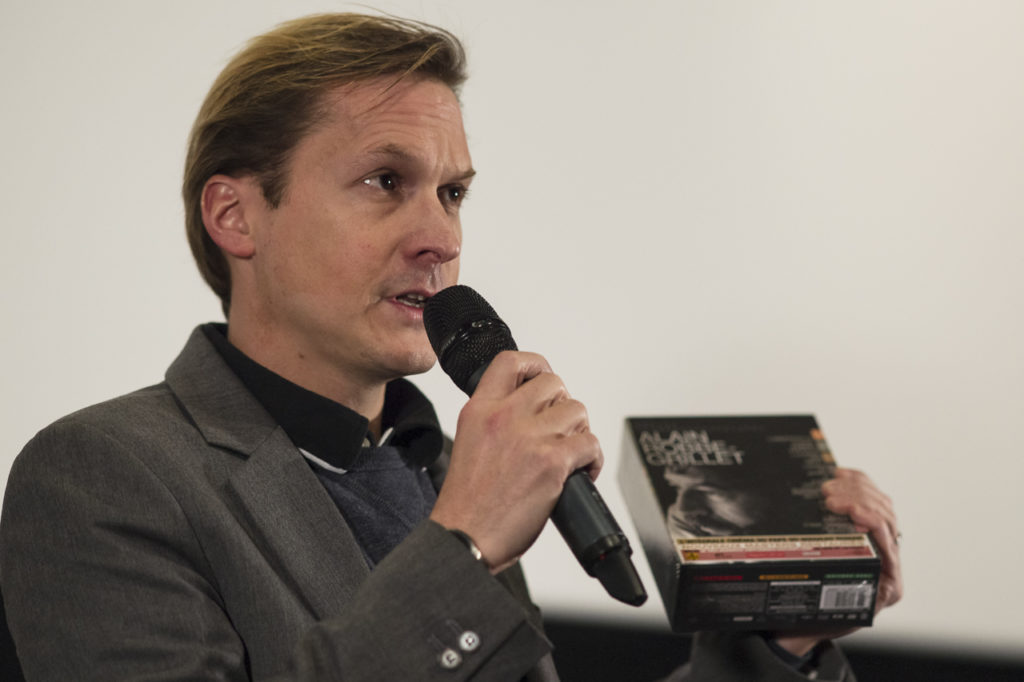 Vincent Paul-Boncour is the co-founder of Carlotta Films, a French distribution company which has recently released a special collector’s edition box set of Jacques Rivette’s “Out 1“. The box set will be available for purchase at Il Cinema Ritrovato – Book Fair.

You founded Carlotta Films in 1998 with Jean-Pierre Gardelli. How was the idea for this project born? What challenges did you encounter and how did you deal with them?

Being a film buff since I’m a kid, my destiny was to work in cinema industry! When you’re a young kid, it does mean being director or actor. Of course, for me it was more director! As a teenager, I made my own cinephily by watching many many films, a mix of classics, revivals but also new titles. My idea was to do a cinema school such as La Fémis or INSAS. I was not watching only films, but was also active, doing a magazine about cinema, and then later organizing “cine-club”, special movies screenings with guests, Q&A. And in a natural way, I started with my first job in the industry, at the prestigious parisian cinema, near les Champs-Elysées, Le Mac-Mahon. During one year and half, aside to the director, I discovered so many things : programmation, events, festivals, distribution. And right after, I co-founded the distribution company Carlotta Films, with Jean-Pierre Gardelli, old friend of mine, I knew since I’m 13 years old, and met for the first time when I was an intern at the company Gaumont. Fascinated on cinema history, Carlotta Films became specialized naturally on classics, revivals, restoration versions, with the will to make discovered films, more or less well known, and to give a new spotlight. The company was created 18 years ago, starting with release in theaters, it was just the begining of dvd. We expanded our work few years after with DVD, blu-ray, VoD, TV…

Over the past few years there has been a lot of changes in video distribution. How did Carlotta Films adapt to these changes?

As I said, we started with theatrical distribution, and that non stop till now. Her first job is distributor, and then we developped video distribution. But even nowdays, our activity is half theatrical and half video. Of course, we are creating as much as possible links betwen all media, and more especially links between release of a restored film both in theaters and on DVD/blu-ray. Video market is decreasing in a global way, but we have the feeling there is more than ever an curious audience, passionate about cinema, films, and that wish to see on good conditions classics, whatever the media. But the mean difficulty is to reach this audience, which has many sollicitations, and so many possibilities nowdays to see a movie. This is why, on video, we are increasing more than ever the collectible aspect, with collector editions, limited ones, boxsets. For example, we launched last year our collection Ultra Collector Edition dedicated to one film,via the idea to bring the ultimate edition, a boxset including the film in restored version on both dvd and blu-ray, extra material, a book of 200 pages full of archive materials, unseen photographies… And a special packaging. All of that is fascinating but also is bringing back prestige and interest on the physical aspect of the video, on the object.

Can you tell us more about the catalogue and how different films are selected?

Since the creation of Carlotta Films, we’re following an editorial line based on restored versions, classics more or less well known, work on directors, worldwide cinema, and special events. For example, over the years, we released almost all Pier Paolo Pasolini, Rainer Werner Fassbinder, Ozu, Yoshida, but also the “New Hollywood” such as Brian de Palma. Nowdays, we are more and more on the the worldwide cinema, releasing this year, 18 Kurosawa films, 2 films of the filipino director Lino Brocka, but also the cinema of Hong Kong – Taiwan with King Hu or Hou Hsiao-Hsien. The films we are releasing are specific acquisitions, we are not digging on a catalogue, but we follow the will to (re)discover the films. I do believe that all the films we’re releasing, despite a lot of diversity, do look like us.

What is the work behind Jacques Rivette’s “Out 1” (Limited Edition Box Set)?

“OUT 1”, with Jacques Rivette mythic films, was one of our higlight of our 2015 releases. A very ambitious release given the running time of the film, the boxset edition full of extra, the booklet. And we worked on 2 territories : France and USA. And not only on dvd/bd, but also with a release almost at the same time in theaters, both France and USA. We got rave reviews, with a good audience following this incredible experience about cinema. It was one of the event last year in cinema, with revivals and new releases reunited. And this is what we like and enjoy, treating ancient films as new titles. By the way, most of them could be very more modern that films of today…