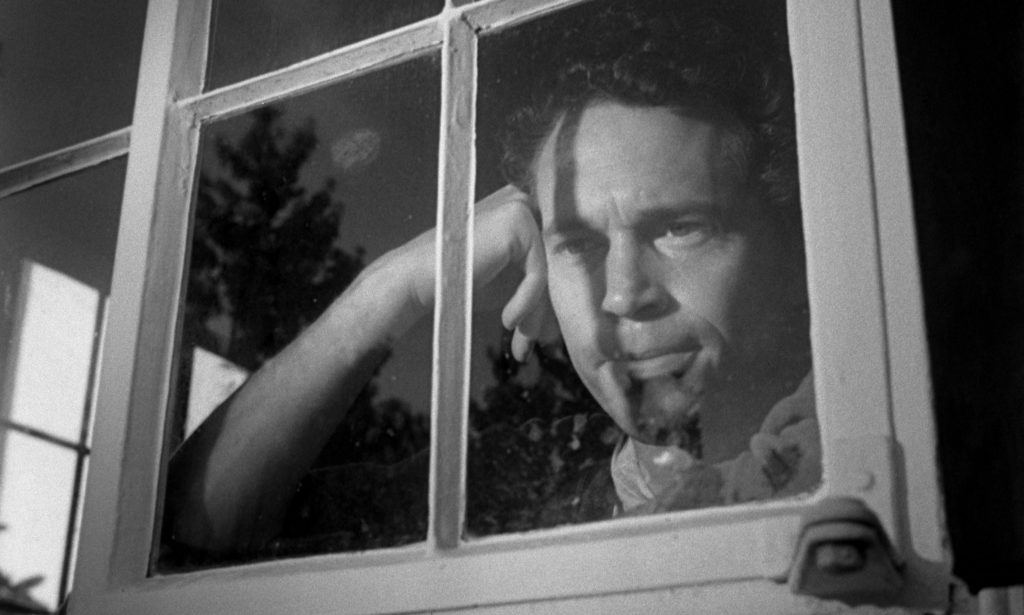 We were inspired to submit to Il Cinema Ritrovato DVD Awards the Blu-Ray/DVD of Private Property for many reasons. The film itself more than succeeds on its own merits, operating as both a tiny marvel of precision thriller storytelling and a scathing critique of the Eisenhower-era American Dream. The pedigree of the cast and crew is exceptional, with Warren Oates appearing in his first major onscreen role, a young Conrad Hall operating the camera, seasoned studio Director of Photography Ted McCord (The Treasure of the Sierra Madre, The Sound of Music) lensing the picture, and Outer Limits creator Leslie Steven writing and directing (a full three years before the start of the signature television program).

We also thought it especially appropriate, given Il Cinema Ritrovato’s titular focus on re-discovered cinema, to submit Private Property, a film which had been lost for over three decades until it was located and preserved by our partners at the UCLA Film & Television Archive. It’s my hope that our 4K restoration, UCLA’s photochemical preservation, and our participation in the Il Cinema Ritrovato DVD Awards – a bellwether of exciting work in specialized Blu-Ray/DVD releases – will continue to help to shine a light on an exceptional film that’s been out of sight for far too long.

I’m tremendously excited about the current state of home entertainment for specialized films. Naturally I can only comment from our experiences releasing titles through Cinelicious Pics, but through that lens we’re seeing that there’s still a real audience out there for new restorations, so much so that we’ll occasionally forgo certain video on demand platforms to double our efforts in the home entertainment arena. They’re also a very discerning audience that (rightly) demands a high level of quality in all aspects of the release(s), from the image and sound quality of the film itself through to the design of the booklets. That, to me, is really exciting for a number of reasons, not the least of which is that it’s an incentive and a justification for distributors to continue allocating the time and resources required to produce these types of releases. I’m also heartened to see that there continue to be so many terrific labels, big and small, working in the specialty home entertainment market and taking chances on releasing titles that might not have the most obvious commercial potential at first glance, but that are nonetheless important pieces of film history and ultimately do have an audience out there.