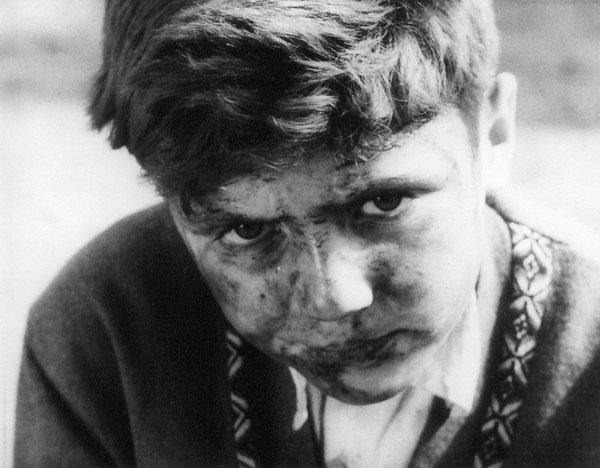 For Film Archives and Cinémathèques, Il Cinema ritrovato DVD Awards is one of the most prestigious award in the world. It allows us to show to our community what we are doing in terms of edition of our patrimony.

Jacqueline Veuve is one of our most famous documentary directors, former assistant of Richard Leacock and Jean Rouch. She was very well known worldwide since the beginning of her long career. She took part, for example, to the first jury of the Festival dei Popoli in Florence. She was also one of the first woman director in Switzerland. Coproduced by Cin&Lettres association, the DVD box (8 discs) gather the most important films she directs between 1966 and 2012. This selection of her work was made together with her, shortly before her death. For us, this DVD box is really an essential tribute to her importance in documentary filmmaking.

Even if the VOD and streaming platforms allow access to a lot of films, including classics, we still think that DVD and / or Blu-ray is a very important medium to make classic films alive again. Fist, because we may there offer a very good quality of image and sound, using mostly restored versions of those films. Second because the DVD allow us ti add a lot of materials like bonus, interviews, complementary elements (outtakes, making of, etc.), audio comments, and also printed informations in a booklet. For us, at the moment, the DVD stays as a collector item like music records (CD as well Vinyl).

Participating in the Il Cinema Ritrovato DVD Awards is an established tradition for us. We as Cinematek try to be present regularly. This year we submitted Déjà s’envole la fleur maigre. When it started, there were not so many chances to call attention on DVDs with archival restored films, so it was very important. Now the situation is a bit better – but we still need an award that focuses on this type of content, that has a specialized approach.

We’ve heard so often that DVD is dead – while there is no doubt that it is retreating, it is also true that specialized, high value content still holds well. At least if I look at our figures. then, obviously, we have always thought that one advantage of the so-called “digital convergence” was in fact… the digital convergence! And that our digital restorations must take advantage of all distribution channels: one master for all. And in this sense I think we will have to explore all channels and platforms that can reach the public. Whatever works… we will use it! But it is true that we need to test and assess all these channels, as we did years ago when we started with Dvd editions. It is true that the landscape is changing… yet again!

I received one day Cineteca’s very attractive e-mail, asking me if I wanted to participate in DVD Awards, with my last edition Rushes de Bruno Muel, published in the collection Cinéma hors capital(e), realized with the collective of filmmakers from Marseille Film flamme. Film flamme and Jean-François Neplaz, his founder, worked a few years ago with L’Immagine Ritrovata on the restoration of the very beautiful movie Lettre à la prison, of Marc Scialom.

I am not strictly publishing DVDs. In the first place I publish books focused on forgotten filmmakers, their lives and their role in the history of cinema. Marc Scialom is an exemple of these lost masters of cinema… Bruno Muel is a film-maker among whom the tremendous human generosity and the big formal invention disappeared under the collective work realized in the groups Medvekine in the 70’s, introduced by Chris Marker. Marc and Bruno are also writers.