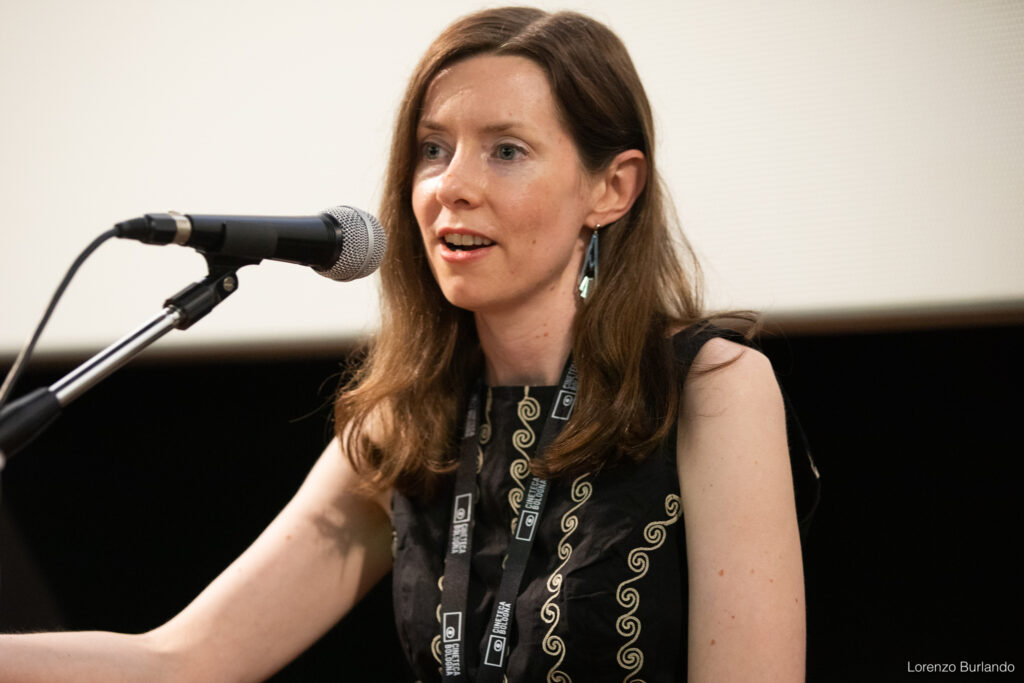 “The night that I arrived in Bologna for the thirty-fifth edition of Il Cinema Ritrovato, I attended an outdoor screening in the Piazza Maggiore, which the festival’s organizers describe without much hyperbole as “the most magnificent cinema in the world.” At dusk, the heat was ebbing and the towers, domes, and battlements darkening against a sky the color of lemon gelato. I soaked up the realization that I was there—after so many interminable months of holing up, staring at my computer or my television under the siege of the coronavirus, I was somewhere else. Then the plaintive wail of bagpipes pierced the hum of the audience, as musicians playing wild, pure, full-throated Northern Italian folk music strolled through the crowd. I was somewhere. […] During the pandemic lockdown, movies were how most of us traveled. Even now that I was on a real trip—and as my pleasure at being in Bologna underscored my experience of films, the way the deafening buzz of cicadas pulsed through the walls of some theaters, droning beneath the soundtracks—I found myself noticing the different ways that films create a sense of place and movement through space, how they make the audience, in scholar Giuliana Bruno’s wonderful phrasing, not voyeurs but voyageurs.”