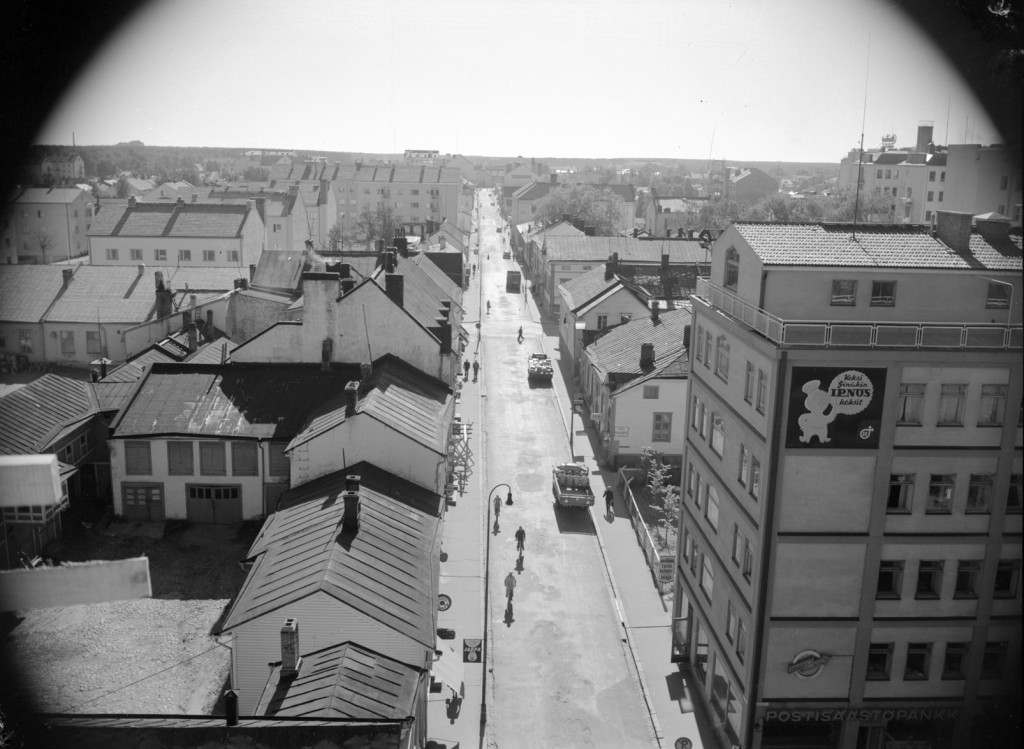 Very few people had any idea about the enormous size and the exact nature of Peter von Bagh’s cinema. In all, he made some sixty works varying from less than a minute long to a dozen hours. They aired on Finnish television – and that was it, mostly; once in a decade a film would be released in a movie theater… In Finland, people paid little attention to them, considering von Bagh’s films as merely another part of his gigantic output all over the media. Foreigners could do almost nothing with them, because so few were subtitled, and the images and sounds with which he loved to work – those of Finland’s history as remembered by the arts – meant little to them; or so people thought…
Peter von Bagh was obsessed by the idea of montage – of juxtapositions creating meaning. And he was enchanted by the notion of cinema as a time machine – as an art that preserves memories, resurrects the dead, offers second chances we may not deserve yet nevertheless are granted. Accordingly, he worked almost exclusively with archival materials, adding interviews he had shot. While his earlier films rely essentially on moving images and songs, in the final stage of his development he enjoyed adding paintings and photographs to the montage.
The main ingredients of his films remained unchanged, to the extent that he worked with certain materials again and again, such as the same scene edited in a slightly different way in various works, with fresh effects. Those moments, like a window opening on a view of Helsinki’s rooftops, or a song about money by Repe from Jorma Nortimo’s Rovaniemen markkinoilla (1951), have an almost totemic meaning for him. Yet the films feel surprisingly different: some, like Sinitaivas – Matka muistojen maisemaan (Blue Sky – Journey into the Land of Memories, 1978), resemble a prose poem; others, like Viimeinen kesä 1944 (The Last Summer 1944, 1992), an oratorio; and others, like Mies varjossa (Man in the Shadows, 1994; co-directed by Elina Katainen and Iikka Vehkalahti), an investigation; etc. The one thing they all have in common is an almost impossibly perfect sense of rhythm and pacing, pitch and cadence – obviously, von Bagh’s other great passion was music.
Images and sounds were his world, his mind. From them, he created his home, a place where he belonged: his Finland. At some point late in his life he would say that all his work had but one purpose: he wanted to have a home, and because that was taken away from him when his family moved from Helsinki to Oulu, he had to build one of his own.
The selection we made is a Cinema Ritrovato Special, one that might give its audience a deeper appreciation of the Festival’s long-time artistic mind and heart.