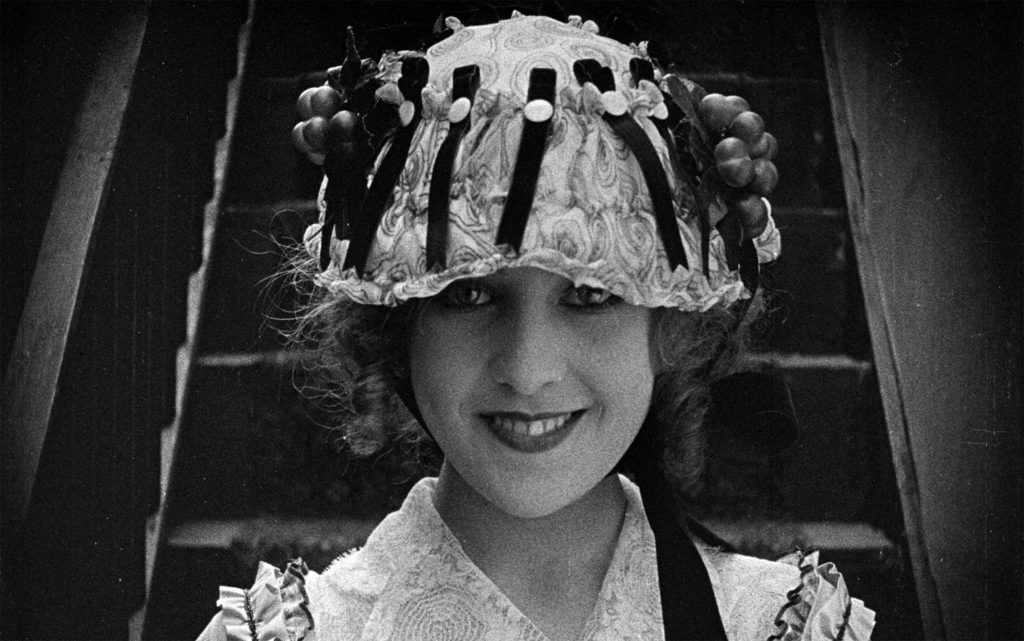 Who will come to see films from 1916? How should the A Hundred Years Ago section be done this time? Among the festival audience there will again be the world’s most knowledgeable authorities on silent cinema; these living film libraries have seen all there is to see and have followed for decades our and other specialized festivals. There will be people who have recently fallen in love with silent films and are enthralled by every image. Some spectators crave for an epiphany of the fleeting real emanating from a unidentified fragment, others for the security of famous feature films; hard-working researchers will look for their research area, be it the gendered representation of Irish immigrants, the use of tracking shots in the metadiegesis, or whatever.

And what if in recent editions of Il Cinema Ritrovato all interesting works had already been screened, used up so to speak? The production of 1916 minus Capellani, Chaplin, Weber, Nielsen, Dwann, Hart… maybe there’s nothing left but dust and boredom!

When preparatory viewings began, the films dispelled all curatorial worries. As in the previous years, the A Hundred Years Ago series and its catalogue are organized into chapters, dedicated this time, very simply, to three film-producing countries – Italy, Russia in the last year before the revolution and the USA. Special attention is due to first-rate directors such as Stiller, Perret, Bauer, young Borzage and young Genina, to female scriptwriters Anita Loos, Zoja Barancevič and Fabienne Fabrèges and to a glamourous generation of stars – Vera Cholodnaja and Ivan Mozžuchin, Norma Talmadge and Douglas Fairbanks, Jenny Hasselquist and Lars Hanson, Lyda Borelli, Bianca Virginia Camagni, Helena Makowska, Diane Karenne and many more.

You will find an array of subtexts and topics to explore – ballet dancers; the war; Dada; the reconstruction of past ages; however, in celebration of the 30 years of Il Cinema Ritrovato, the emphasis is on the prints and restorations presented, and what they stand for. The screening will include complete prints and fragments, prints without intertitles, a poor quality print, a 16mm version, the most recent photochemical and digital restorations as well as past projects, including MoMA’s important yet controversial reconstruction of Intolerance in 1989. Most films from Czarist Russia sadly survive only in dull duplicates from the eighties, in black and white, until miraculously several tinted nitrate reels turned up and came to Bologna to be restored. Our vision of the cinema of 1916 is made difficult by obstacles, veils, blocked passages, and that is a good thing. It sharpens our perception, fires the imagination, makes us dream. It moves us to search and dig, to find money and technical solutions, to restore and screen; it makes us film lovers, specialists, archivists, curators.

Maud Nelissen and Elizabeth-Jane Baldry at the harp

Accompanied by Frank Bockius at the drums

Donald Sosin and Neil Brand, and Frank Bockius at the drums