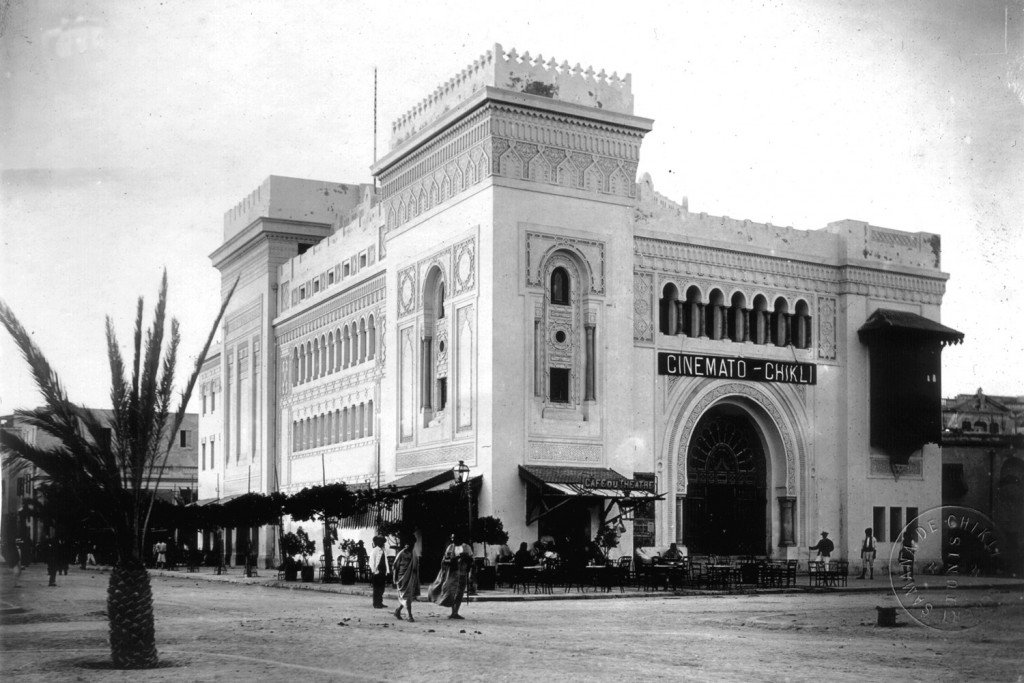 This is the first tribute to Albert Samama Chikly, photographer, pioneer of the Seventh Art, technophile, adventurer, cyclist and multi-faceted artist, who brings us back to the shores of a Mediterranean that was a hub of communication, action and a meeting ground for different forms of thought, knowledge and civilization.
The marvelous images shot by Samama Chikly, which are the object of a small exhibition in the Salaborsa, reveal his deep love for his country, Tunisia. For the first time, he shows us its surface from above in a balloon (while we may never see his submarine footage), rural labour and fishing, the Bedouin world of the vast south, and the abundance of a colonized but thriving city, Tunis. His films demonstrate his indisputable talent, his keen awareness of the enormous potential of film and his modern thinking and open-mindedness, allowing his daughter to act and write his films.
Our tribute is a natural extension of Cineteca di Bologna’s engagement, since the 1980s, in the discovery and dissemination of the Arab Mediterranean film heritage, which merged, in the 2000s into the restoration of several works from the African continent – Harvest: 3000 Years, Al Momia, Touki Bouki, Borom Sarret, La Noire de… and Alyam Alyam – with the last two being presented this year as part of the World Cinema Project.
Just like in any true story of adventure and discovery, this layered program is also the result of a series of fortuitous circumstances all indicating a destiny in Bologna: meeting Aboubakar Sanogo – at the FESPACO in Ouagadougou and then at the Carthage Film Festival, two historic venues for the promotion of African cinema – who first told us of Chikly; a mysterious letter in which Bianca Ferrero, Samama Chikly’s Italian wife, allegedly mentions a ‘Bologna museum’ to which all his film equipment was donated; and the exchanges with Ouissal Meijri, a Tunisian ‘Bologna naturalized’ researcher who has devoted much time to Chikly.
None of this would have been possible without the contribution and trust of the Chikly family, Djaouida Tamzali Vaughan and Paul Adrian Vaughan, guardians of this invaluable patrimony of photos, documents and films. They are the ones who have over the years preserved Chikly’s work – and a significant portion of collective Tunisian and Mediterranean memory – and who made the first steps towards sharing and preserving it, producing a fine book of photography (Samama Chikly, un tunisien à la rencontre du XXème siècle). All the photographs and documents in the exhibit come from their collection. They also entrusted us with the restoration of a film by Samama Chikly La Prise du ‘Carthage’, and of some vues Lumière found in his ‘treasure chest’. We dedicate our program to Djaouida and Paul and thank them for their trust in us.