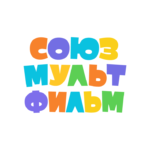 Introduced by Eugenia Gaglianone
4 years and above