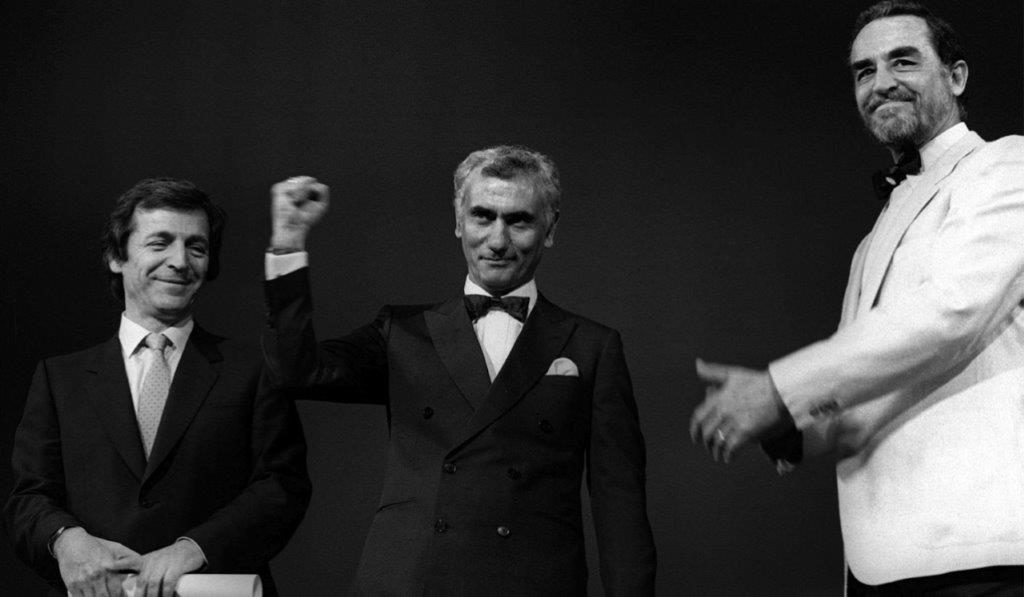 “Hope, lasting too long,
had begun to turn to despair”
Nikos Kazantzakis, The Last Temptation of Christ

Despite spending twelve years behind bars, two in military service, and three in exile, Yılmaz Güney (1937-1984) had a brief but prolific career. He was involved in 111 films as actor, director, scriptwriter, and producer, while writing novels and becoming a legendary political figure in Turkey.
In his hometown of Adana, he was transporting film reels to movie theaters when still in his teens. His love for movies finally brought him to Istanbul, where he worked as an extra. His first major acting role in Atıf Yılmaz’s Alageyik (Fallow Deer, 1959) won him critical acclaim, but his rise to stardom was halted by the first of a series of legal troubles. Between 1961 and 1963 he was jailed for a short story he had written as a high school student. Nevertheless, his major breakthrough came in 1965, when he starred in 21 of the 215 films shot that year. Shattering the prevailing image of the pretty-faced star, he was crowned “the ugly king” of the masses. In those popular films, Güney’s tough-guy character was often forced to violence because of certain social circumstances and lost his battle against an unfair world.
In 1966, he starred in and co-wrote the script for Hudutların Kanunu (The Law of the Border) with Lütfi Akad. A year later he directed his first film Seyyit Han (Bride of the Earth, 1967). Meanwhile, with the help of a ghostwriter, he was writing his own scripts. With its striking realism and unconventional story, Umut (Hope, 1970) was a turning point both for Güney and for Turkish cinema. Between 1971 and 1974, despite spending another two years in prison, Güney managed to direct many successful films including Ağıt (Elegy, 1971) and Arkadaş (Friend, 1974). In 1974, he was arrested again, charged with killing a judge. For the next seven years, he wrote scripts from his prison cell and supervised their filming. Sürü (The Herd, 1978) and Düşman (The Enemy, 1979), both directed by Zeki Ökten, brought him international recognition. After his escape from prison in 1981, Güney finally managed to edit his masterpiece Yol (Şerif Gören, 1981) from abroad and went on to share the Palme d’Or at Cannes with Costa-Gavras in 1982. In France, he completed his last film, Duvar (The Wall, 1983), shortly before dying of stomach cancer.
Defying the established conventions of popular cinema, Güney depicted a society whose traditions and concepts of honor constricted its citizens. Furthermore, his Kurdish background and his dedication to the leftist movement in Turkey added a political dimension to his films. Under the double pressures of morals and poverty, his anti-heroes would often cling to deceptive hopes before slowly sliding into despair. This was a call for collective action instead of individual struggle against massive injustice. A message that has become ever more timely in our precarious age.