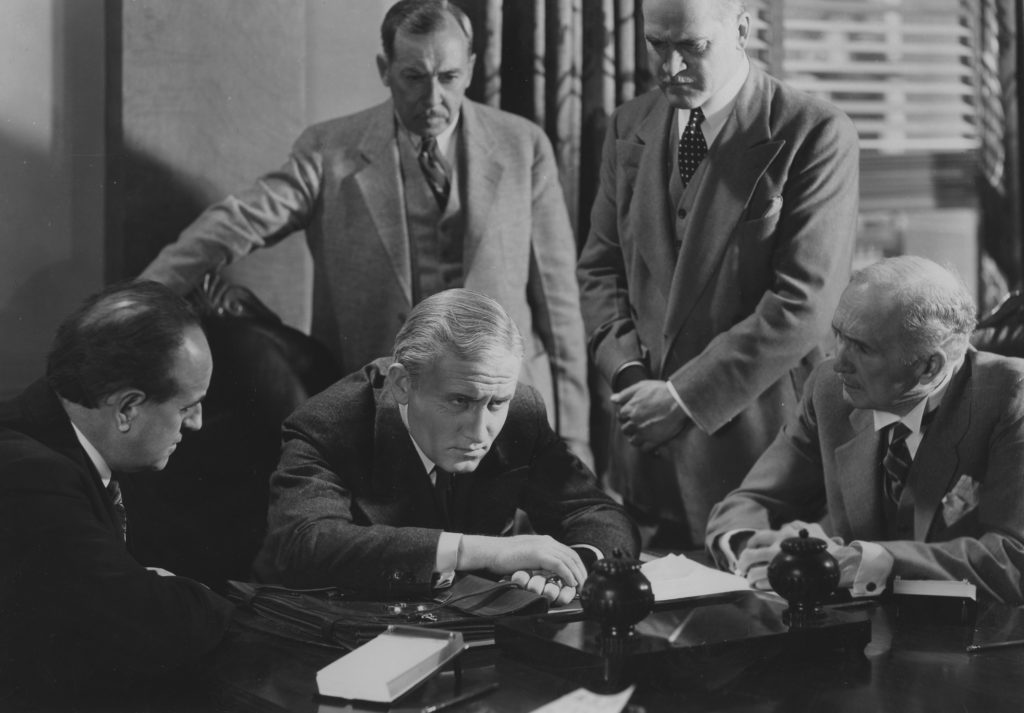 Programme and notes curated by Dave Kehr
in collaboration with The Museum of Modern Art, New York

Trained as a lawyer, William K. Howard entered the film industry as sales manager for Vitagraph and quickly became one of the most prolific filmmakers of the 1920s, turning out action films (Let’s Go, 1923), westerns (The Thundering Herd, 1925), dramas (Gigolo, 1926) and a striking anticipation of neo-realism, the 1927 White Gold. Howard’s restless creativity carried him into the sound era (the cinematographer James Wong Howe, Howard’s collaborator on the brilliant deep focus effects of the 1931 Transatlantic, described him as the most creative filmmaker he had ever worked with), where his work included The Power and The Glory (frequently cited as an influence on Citizen Kane), the British historical epic Fire over England (1937) and the emotionally devastating Back Door to Heaven (1939), an independent production made in New York. A struggle with alcoholism and an unruly temper, however, led to a slowing down of his output in the 1940s, and he died virtually forgotten in 1954, at the age of sixty.
Howard’s systematic use of low-key lighting, patterned shadows and bold backlighting effects makes his work immediately recognizable. When, at the end of his career, he made A Guy Could Change at Republic, the celebrated noir cameraman John Alton had nothing to add to the range of effects Howard had been using since the 1920s. Howard’s acute sense of space is defined by an innovative use of interconnected sets – rooms that open into other rooms, and other rooms and exterior views beyond them, creating a sense of a completely contained, not-quite-natural world that nevertheless possesses a depth and volume beyond simple staginess. Low ceilings and slanting floors contribute to a feeling of compartmentalization that can seem both coldly confining and warmly embracing. The ocean liner of Transatlantic is perhaps the most intricately realized of Howard’s narrative spaces, a maze of staterooms and ladders.
The stylistic sophistication and up-to-date urbanity of Howard’s work exists alongside a yearning for a rural past, strongly associated with childhood. Not that Howard’s protagonists are hayseeds – he seems most at home with polished, lightly ironic performers like Edmund Lowe, with whom he made six films. The most tragic and moving of Howard’s characters are those who have not committed great transgressions, but who have simply lost their way, buffeted by circumstance, bad luck, or misplaced obligation. “It just happened, that’s all”, says the principal narrator (Ralph Morgan) of The Power and the Glory, by way of explaining how a small-town boy could grow into a strikebreaking railroad tycoon.

THE TRIAL OF VIVIENNE WARE

THE TRIAL OF VIVIENNE WARE

THE POWER AND THE GLORY

THE POWER AND THE GLORY