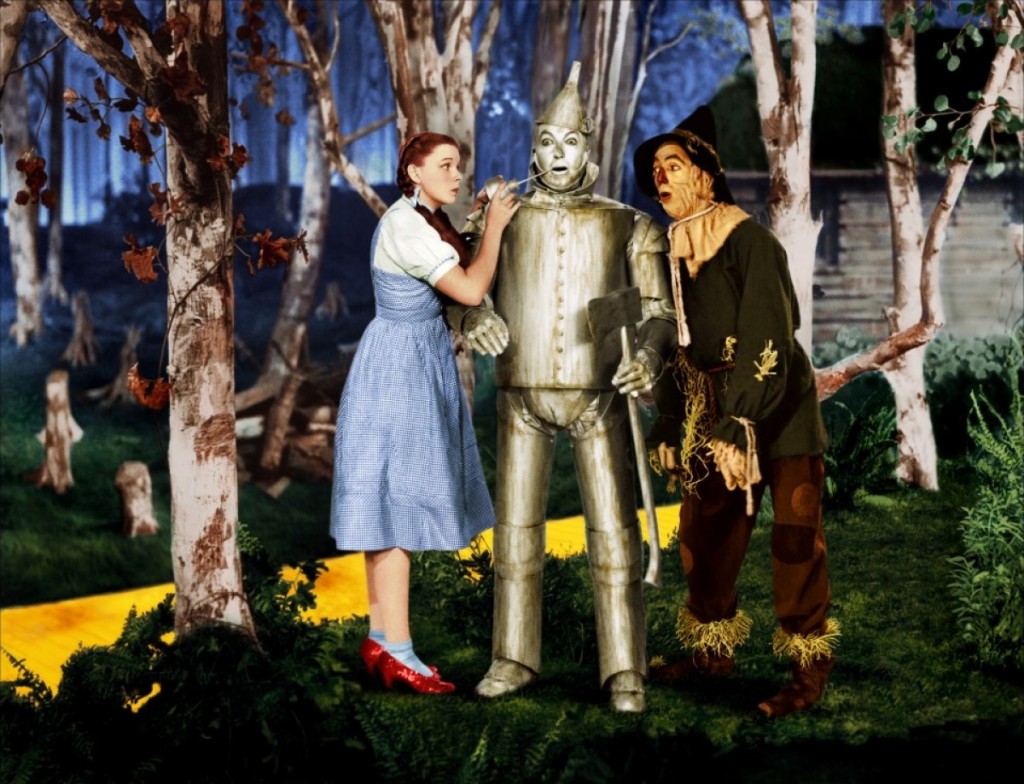 For a number of years we have organized a section of Il Cinema Ritrovato devoted to color, which we would like to be an area of research. This year marks Technicolor’s 100th anniversary, so it was only natural to celebrate it with pieces of history, with 35mm prints, putting the spotlight on film archives and the people who preserve and restore films.
We are presenting seven vintage Technicolor 35mm prints: Fantasia, Great Day in the Morning, Vertigo, All That Heaven Allows, The Heroes of Telemark, Model Shop and The Thin Red Line; in addition a 70mm copy of 2001: A Space Odyssey and a 35mm version of The Thief of Bagdad restored fifteen years ago by NF&TV.
The selection also features four digital restorations: a trio of DCP restored musicals, Cover Girl, On the Town and Kiss Me Kate, the last of which was filmed in Ansco Color, and will be presented here in a rare original 3D version, and The Wizard of Oz, which we are screening in a 3D version made by WB for the American market. Although not a historical version, stereoscopy dramatically accentuates the film’s magic and nineteenth-century feel.
Vintage copies are perhaps the greatest gift of film archives to Il Cinema Ritrovato’s audience. The enchantment of those colors, those black and whites, remains unchanged, or, if anything, has grown greater since our eyes today are used to totally different colors. Seeing those prints projected on a screen is like walking through the Uffizi.
Exploring Technicolor is like entering a technological jungle in which every film is a case all its own. Perhaps it is only with original Technicolor prints that we can grasp just how much film history is intertwined with technological development and research. Everything changes from year to year, from one production company to the next, from one process to another. With additional variables like directors and cinematographers who had their own personal take on the technological potential available to them. There are just two years between Great Day in the Morning and Vertigo, and yet the productive, technological and aesthetic abyss between them makes them two Technicolor films that share no kinship. Those who experience the entire section will be amazed at the vastness of the Technicolor palette and how difficult it is for digital media to follow in its footsteps, although this section does not intend to be a confrontation between film and digital. It is not longer a question of establishing the superiority of one over the other but of understanding what we are seeing.
Last year at Il Cinema Ritrovato, Alice Rohrwacher said that what was new for her, as a young filmmaker, was not digital media but film, which she had just begun to use. Today more than ever contemporary filmmakers are inspired by the world of film and the colors of Technicolor. Currently Technicolor copies are no longer printed, but the discussions and the work around this system are more alive than ever. It is our hope that our offering here in Bologna will expand them even further.

In addition to the films, two conferences have been organized. One divided in two sections (for a total of two hours) with Cinémathèque française’s Celine Ruivo and Jean-Pierre Vescheure, which focuses on the Technicolor process from 1938 to the end of the twentieth century with many examples of 35mm Technicolor prints on display. The other conference features Grover Crisp (Sony), Schwan Belston (20th Century Fox) and Simon Lund (Cineric) who will talk about color film restoration and screen sections of original 35mm prints and the same sequences after digital restoration.

THE THIEF OF BAGDAD

THE THIEF OF BAGDAD

GREAT DAY IN THE MORNING

GREAT DAY IN THE MORNING

THE HEROES OF TELEMARK

THE HEROES OF TELEMARK

ALL THAT HEAVEN ALLOWS

ALL THAT HEAVEN ALLOWS