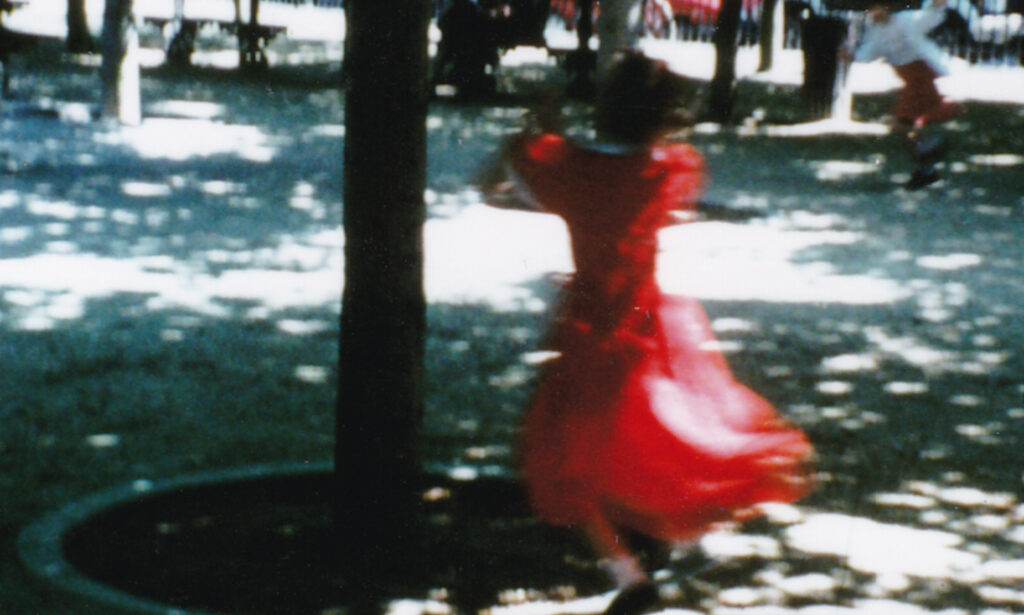 In the third instalment of this section we expand our view of small-gauge filmmaking. In the last two years we have solely presented short films, but small-gauge film material was also used for the production of feature-length films, which are going to be a fundamental part of this year’s programme. And we will also project for the first time in Super8mm, a format that rarely finds its way into a cinema.

The three small-gauge filmmakers of this year, Helga Fanderl, Annik Leroy and Trinh T. Minh-ha, all come from the same generation (born between 1947 and 1952). Nevertheless, their respective bodies of work are each characterised by a very strong individual signature. This year’s focus is on plurality: it shows us the versatility in which cinematic expression can manifest itself. What unites the three film artists is not a common cinematic approach or language, but their unconditional will to produce a stand-alone, very personal work. So this selection is a celebration of singularity and a reminder that autonomy is still possible in our world full of widely standardised film production.

The Super8-artist Helga Fanderl curated a programme of her own cinematic miniatures. Fanderl uses a shoot-and-cut technique in which the act of perceiving and filming is one and the same. Her camera eye captures often overlooked elements of our surrounding world in a phenomenologist, pure and genuine way. Vers la mer and In der Dämmerstunde

– Berlin are two feature-length films by Annik Leroy. Her meditative black-and-white films are shot in the mode of the flâneur and are driven by a critical approach to European history. Reassemblage is the first film by filmmaker and theorist Trinh T. Minh-ha. Her essayistic film questions the conventions of documentary filmmaking and the power of such films to manipulate the audience’s perspective. By doing so, this complex visual study of the life of women in rural Senegal pushes our expectations to the limit.

Last but not least: all gauges. In the years of early cinema, filmmakers often invented and built their own cameras and projection machines. This has never stopped. Every so often, a filmmaker, unsatisfied with the state of the art of cinema, will become an inventor. It happened not so long ago in Prague, where Czech filmmaker Jan Kulka constructed a wondrous projector, the Archeoscope. Unlike ordinary cinema, here the filmmaker is a part of the performance. Kulka will install his Archeoscope in the centre of a cinema of our festival and will project two programmes full of wonders – including the projection of lace, salt and bubble wrap.