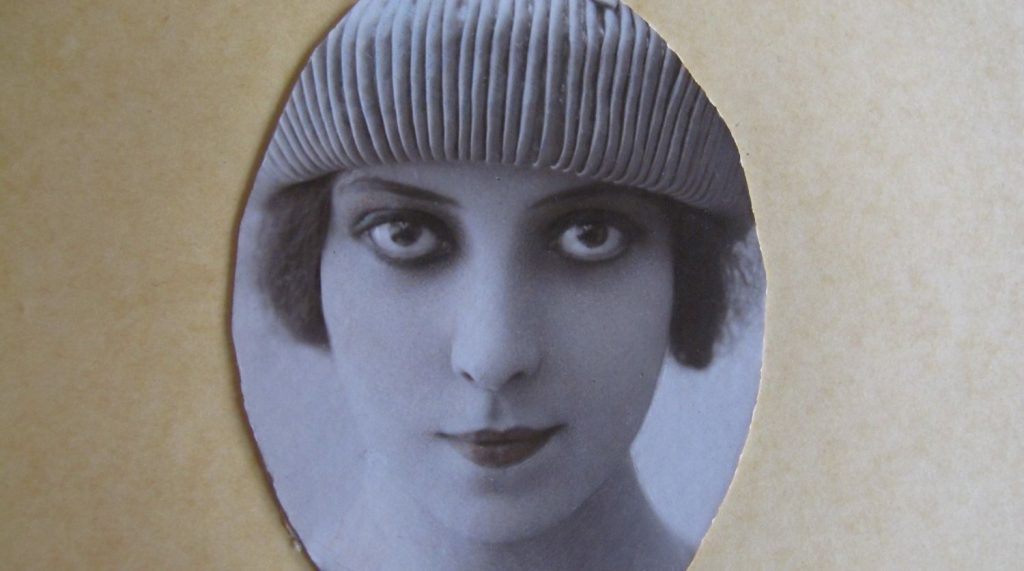 Unlike in detective stories, we have to live without answers
David Grann, Le Diable et Sherlock Holmes

Robert Desnos, André Breton and Louis Aragon, called Irma Vep total cinema. Perhaps the great reality of the century, she was a fairy for the modern age. A flesh-and-blood enigma that burst back into the mind without so much as a by-your-leave; a modern conceit of night itself, clad in black, fetishistic silk, a shadowy, feline, unquiet love. But what of Jeanne Roques? What of Musidora? Colette caught the spirit of her with an anecdote: “One of my brothers”, she said, “as a little boy, was convinced that the Good Lord might make him a stick with only one tip. Well, you made us a stick with three tips: a brush, a pretty scrap of feather and an eyebrow pencil”. In no particular order, those fascinating eyes signalled: an independent woman filmmaker who wrote, produced, shot and starred in a chronotope trilogy set in 1920s Spain; a painter trained in François Schommer’s studio and at the Académie Julian; a muse and fairy-godmother to WWI French air-force soldiers; a writer of fiction and non-fiction; a theatre actor and a chan­teuse; a mime and music-hall artist, Colette’s unripe fruit (“petit Musi” shot and performed her first screenplays, making up a strange trio with Marguerite Moreno and Annie de Pène). She was also the Cinémathèque française’s first archivist, fully accepted in that gang. Between 1942 and 1957, Musidora, who had been head-hunted by Langlois, worked three days a week as Head Librarian and Head of the Press Department at the Cinémathèque. She founded the Cinémathèque’s Commission de recherche historique, a unique combination of film lectures and interviews and gatherings of protagonists from the first years of the moving picture era, which massively encouraged those people to leave their archives to the Cinémathèque and thus laid the foundations for its great collections.
No anniversary, no pretext is needed to justify celebrating Musidora. The time has come to fill in the gaps in our vision of that anagram, Irma Vep, and her classic performance as a spiderwoman burglar. Desnos said, “Musidora, you were beautiful in Les Vampires. Did you know you haunted our dreams? That at night, you entered our rooms in your black body-stocking without knocking; and that when we woke the next morning we would search for a sign that the fascinating cat-burglar had been and gone?”.
This programme borrows its title from an article by Robert Desnos entitled Propagande, in “Le Soir”, July 8th, 1928.

In Search of Colour, One Hundred Years Ago: 1919, “Rendez-nous Musidora!”, Recovered & Restored