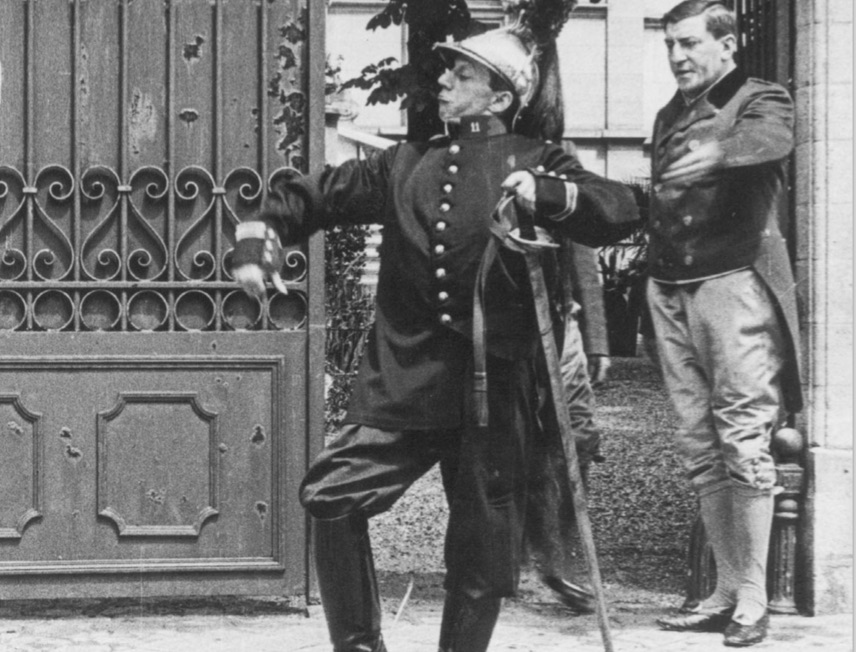 André Deed is one of the great characters of French and Italian burlesque. He was greatly appreciated by audiences to whom he would direct looks of complicity before executing acrobatic deeds or astonishing actions, looking for approval for his feats, his cunning and his loves, be they successful or not. Deed distinguished himself above all for his use of surreal elements. Starting from classic comic situations based around chases, falls and destructions he launched into the most refined of gags. Fish hunting and rabbit fishing, appearing and disappearing, he is at once material and immaterial, allowing himself be hit one moment and then becoming an invulnerable body the next. Fragile and indestructible, he strikes and penetrates: there are no walls that can resist his assaults or that cannot be crossed. He is the fusion of Méliès’ inventions, Segundo de Chomón’s tricks and Giovanni Pastrone’s daydreams and he doesn’t hesitate to bring into the narrative fiction the dazzling goddess of Itala Film or the Pathé cockerel. (…) In the final reckoning André Deed’s career is less uniform than it has generally been described. After the successful years in Italy and then at Pathé, Deed set off for Italy again in 1915, ready to undergo a radical change: he abandoned shorts for feature length films and increased his comical vein by taking an interest in period satire, detective films and science fiction. This transformation culminated in L’uomo mecccanico. But it all ended in nothing for reasons unknown but which undoubtedly included his own private choises, economic necessity and the crisis of Italian cinema. The end of his career is slightly pathetic: he launched into a defence of a comic cinema whose limits he had himself highlighted when exploring new territory.