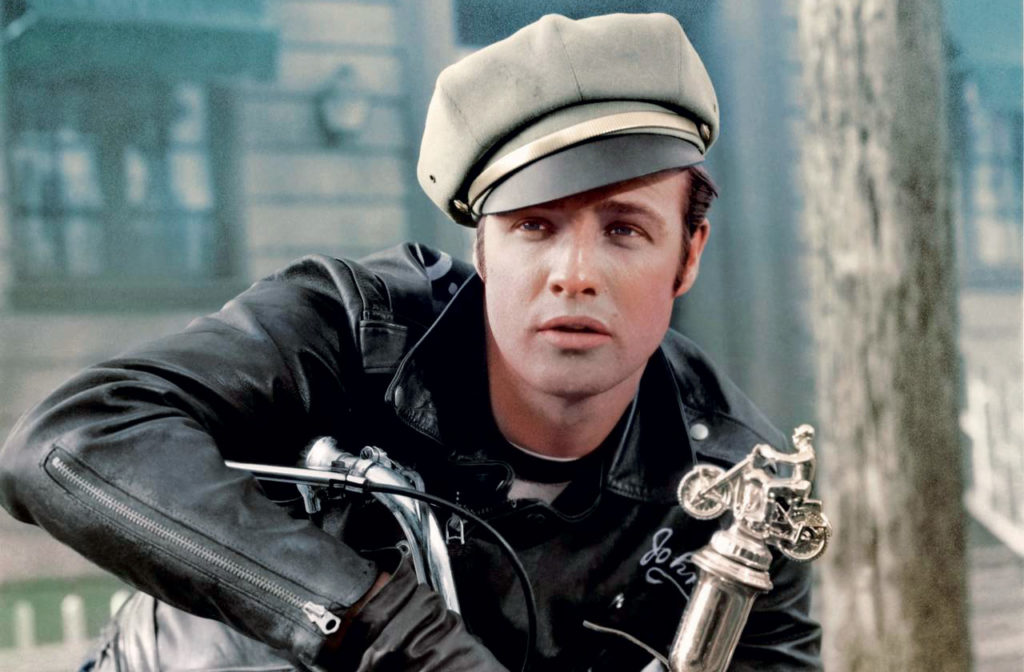 Bundles of rediscovered cassette recordings, a hologram of Marlon’s face that seems to emerge from the beyond to deliver a confession to the living, a pile of carefully chosen film extracts, behind the scenes images, and film and television interviews. Brando’s main preoccupation was certainly searching, questioning, finding himself; he laboured under the conviction that it was possible to get to the root of his consciousness and, basically, to heal himself. He hoped to find peace by achieving a balance between his life and his psyche, the facts of society and those of his conscience. The film Listen to Me Marlon, which is constructed from this material, is an attempt to put the pieces together, basically following the actor’s suggestions in order to unify the private and public sides of this celebrated and much talked about man. But it is not simply a predictable curiosity on one of the rare, long-lasting myths of American mass culture – indeed an almost global myth. Riley’s film ultimately amounts to much more, as Brando himself indicates in his confessions, recorded for posterity’s sake. It is no accident that the actor cites Shakespeare, biblically cursing his fate. After having enriched, he claims, hundreds of psychoanalysts and psychiatrists, he turns to God (whether he exists or not is not important) to enquire about the nature of man, of good and evil, and of how the two mix until they are hard to distinguish.
This is Marlon Brando, the son of a sweet but alcoholic mother and a violent and macho father; a young provincial who became a New Yorker in the years following a war in which he was too young to fight. It was in New York that he frequented the Actors Studio and discovered he was an actor – and what an actor!
He was more a pupil of Stella Adler, a protective but demanding maternal figure, than he was of Strasberg or Kazan, who would later bring him success with A Streetcar Named Desire. Excessive fame impedes ordinary life. Marlon the new actor is imposing on the screen with a physicality of unprecedented power and a complex acting style, both intimate and obvious; physical presence goes hand-in-hand with dogged introspection. He became the symbol of an era and this prevented him from simply being an actor, or from living a normal life. His great films are actually few and far between: Streetcar, On the Waterfront, Viva Zapata!, The Wild One, the films by Penn and Huston, The Godfather, Apocalypse Now, and Last Tango in Paris. In the latter, Bertolucci guided him to be, and to play, himself; to reveal himself and to discover himself – indecently, painfully and finally triumphantly – in an encounter/collision between an actor and a director, both of whom were informed by obsessive psychoanalytic practice. His enemy was success; the difficulty of escaping it and, despite everything, the love of all that it brought him – above all, money.

A COUNTESS FROM HONG KONG

A COUNTESS FROM HONG KONG

LISTEN TO ME MARLON

LISTEN TO ME MARLON