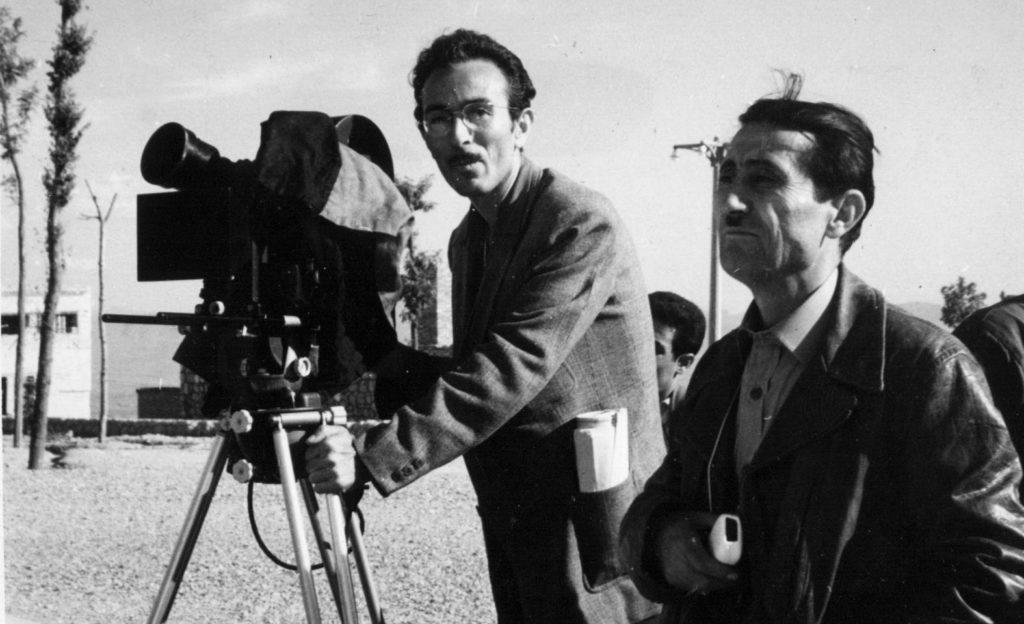 A loner, an émigré in his own country, Samuel Khachikian brought form and style to a formless national cinema. Empty-handed and underfunded, he saved it from vanishing into the quicksand in the hands of lazy filmmakers.
Khachikian’s name is synonymous with horror and suspense, his cinema fully demonstrating the glories and disappointments of Iranian popular genre films. The director was seen by some as a saviour of Iranian cinema; others judged his work to be derivative of western filmmakers. Imitator or innovator, he was certainly imitated by many lesser directors. This programme focuses on films which Khachikian’s admirers and the director himself considered the peak of his cinematic achievements – key works by Iranian cinema’s first “name above the title”.
Born in Tabriz in 1923 to Armenian parents, Khachikian was drawn to literature and theatre from an early age. When the tumultuous political climate of Tabriz forced the family to move to the capital Tehran, a new world was opened up to him. Fellow Armenian and influential film producer Sanasar Khachaturian asked him to direct Bazgasht (1953).
By the late 1950s, Khachikian had perfected a language of his own, with an imaginative use of sound, low-key photography, fast cutting and unusual camera angles, all used to depict a world of sin and crime. These tales were, according to Khachikian, rooted in the stories of the Armenian genocide, recounted by his father. He modified genre films to make them appealing to a predominantly Muslim nation. But with the emergence of the modernist directors in the late 1960s and the rise of sex and violence in Iranian mainstream films, Khachikian quickly went out of fashion. He described his life thereafter as making films only to show he still existed. After the revolution, his position did not improve: the westernised vision of Iran which underlined his films – and the star system upon which they were made – were now vehemently rejected. Khachikian was slowly and deliberately sidelined and banned. When he was eventually given permission to make films, his world was too alien to the Islamic Republic to bring anything more than embarrassment.
Sixty years on, Khachikian remains one of Iranian cinema’s most important directors; for his mastery of spatiotemporal elements, his genius for making stars and his essential role in bringing the notion of mise en scène to Iranian cinema. Also, if one considers Khachikian’s significant role as a member of a minority changing the course of a national cinema, becoming the filmmaker of the majority and doing it with taste and imagination, he deserves to hold an important position in world film history too.