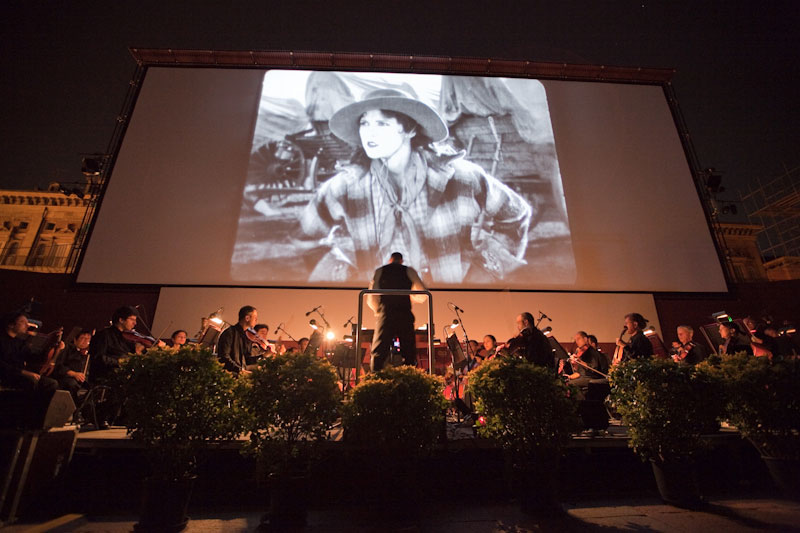 It was the coming of sound that turned all previous cinema, retrospectively, into ‘silent films’: the name could not be more misleading. They should be called something like ‘music films’ and seen as the heirs of that immensely popular and prolific 19th-century entertainment, musical theatre. A cinema musician should, warned Edith Lang and George West in their manual Musical Accompaniment of Moving Pictures (1920) “never forget that he is not playing an organ or piano recital but that he is furnishing theatrical music for a theatrical production”. And, the other way round, incidental music for stage melodrama is often likened to the film soundtrack, for both have the job of highlighting situations and emotions (of the characters and of the audience) and being at the same time unobtrusive “like a carpet” (Ernst Bloch); music “faite pour être entendue sans être écoutée” (Nicole Wild, 1987).

For every showing of a ‘silent film’, we have the music problem. Original scores rarely survive and cinema orchestras, which could improvise as an ensemble, like dance bands, no longer exist. If a silent film is accompanied by an orchestra nowadays, both music and musicians are accorded too much attention and, besides, the costs are forbidding.

This section – which has a considerable virtual dimension  presents a range of solutions possible in the real world: new composition (The Rink, Easy Street, The Immigrant by Chaplin; Prix de Beauté, The First Born, ‘two songs for two short films’), music inspired by an original (The Dumb Girl of Portici), improvisation (Pierrot Diva) the combining of films with existing music (Lyrisch Nitraat), as well as the practice – begun in 1900 in the Phono- Cinéma-Théâtre, continued in the films with sound on disc and still used today – of running recorded sound alongside the moving images of the singer or of the song’s content.