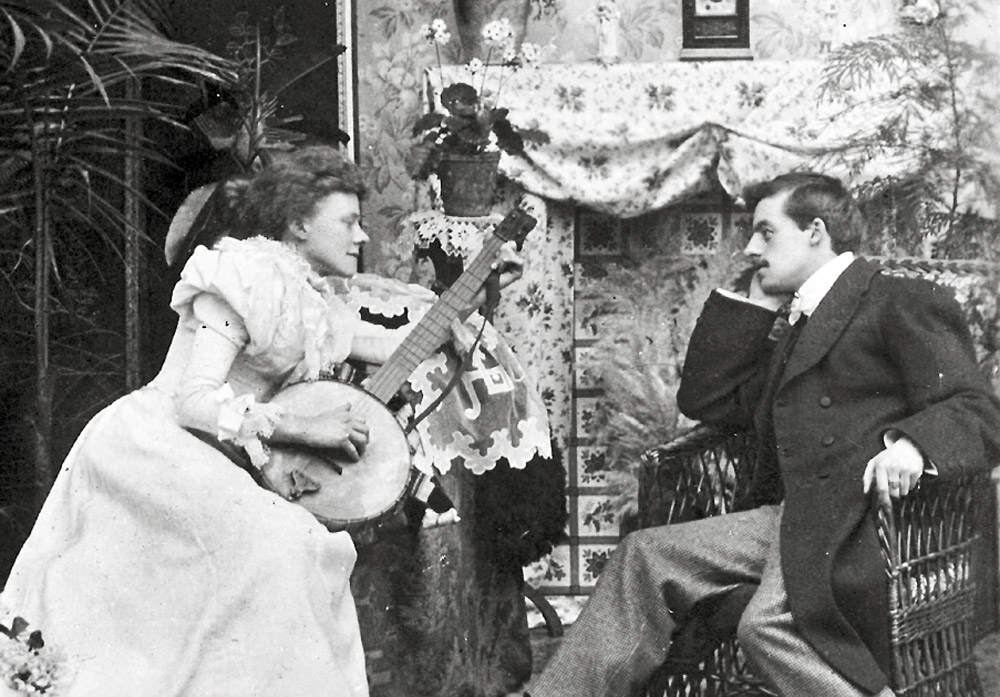 The Musical Orphanage results from several performances given by John Sweeney and Tony Fletcher as part of the British Silent Film Festival in conjunction with The Sounds of Early Cinema in Britain conference 2009 and 2011. The films are all inextricably linked to music in some way – whether as early film/sound systems or because they incorporate music and song as a central theme. The idea was to try to re-create, where possible, the original music used to accompany the films, or at least attempt to give a flavour of what they may have been like on release. The four programmes are mixed selections of different genres – some song films, films dealing with famous composers or musicians, films focusing on dance, the music of place, comic songs, excerpts from famous musical productions such as operettas, poems set to music, a horror classic inspired by a famous Prelude, vibrant music hall songs and an avant-garde animation whose essential score has been lost to us. The accompaniment for these films will use some rediscovered discs or written scores and some of the well-known music will be recreated with other accompaniments being improvised. Both classical and popular music are well represented. On the classical music side we have three episodes of James FitzPatrick’s Famous Music Master Series featuring composers Chopin, Bizet and Haydn and Mozart. The Bizet episode features Wheeler Dryden – Charles Chaplin’s half brother – he also appears in Indian Love Lyrics which consist of four India themed poems taken from The Garden of Karma by Laurence Hope (Adela Florence Cory) with music by Amy WoodfordeFinden. There are also three films featuring various forms of contemporary dance by Mary Wigman, Rudolf von Laban and Margaret Morris, an exponent of Isadora Duncan, and a cinemagazine of a new production of the Gilbert and Sullivan operetta The Mikado in London in 1926. An individual piece of music, Rachmaninoff’s unsettling Prelude in C minor, is the inspiration for Castleton Knight’s Prelude based on Edgar Allan Poe’s short horror story The Premature Burial. Popular music is represented by performers such as Josephine Baker, revues such as The Serpent and the Serpentine produced by Jack Hulbert at the Metropole Midnight Follies nightclub and songs such as a parody of the ubiquitous Yes We Have No Bananas made in 1924 by Adrian Brunel; Maurice Neumont’s film showing people and places of ‘his Paris’ à la Cranquebille and (for the1914 centenary) God Defend the Right, a propaganda film from the beginning of the war intended to be sung with Rule, Britannia!