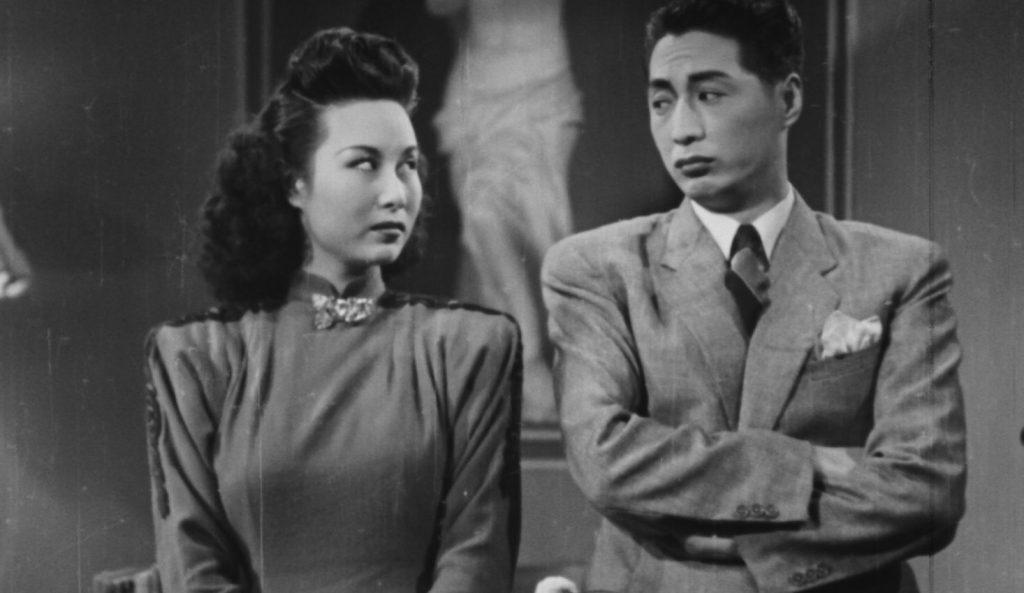 Old Chinese films are seldom shown and little known outside China. We must thank Cineteca di Bologna for this initiative. The choice of films was difficult. Finally it was decided to include eight films made between 1941 and 1951. It was a difficult period in Chinese history. Ten years of Japanese Occupation was followed by four years of civil war. Almost all the films in our series are contemporaries of Jiafeng Xuhuang (Phoney Phoenixes, 1947): the only existent copy was recently restored in Bologna. The period from 1945 to 1951 saw the rebirth of Chinese Cinema, because film production in China came to an almost complete stop during the Japanese Occupation. After the war, Shanghai regained its importance in cinema production. Despite material difficulties and unstable political conditions, most of the studios were able to reopen, and Chinese cinema entered a period of renaissance. There was a burst of creativity. Many of the so-called progressive films were made, which depicted the sufferings of the war and difficulties of everyday life after the Japanese surrender, with a touch of neo-realism, like Italian cinema after the war. The choice of Tieshan Gongzhu (Princess Iron Fan) and Wu Jiaqi (Spoiling the Wedding Day) may seem strange. The former is due to its special status as the first feature length animation film in China. The second film, made in Hong Kong by cineastes from Shanghai, marks the transition from one epoch to another and heralds the future development of the Hong Kong film industry.
The films shown in this section are mostly from the collection of the Centre de documentation et de recherche sur le cinéma chinois (CDCC) in Paris. Around 1949, many intellectuals, including film directors and producers, disappointed by the Nationalists and cautious about the Communists who were winning the civil war, moved from Shanghai to Hong Kong. They brought along their savoir faire and established new film companies. Twenty years later, for lack of money, many old films were stashed in simple sheds and quickly deteriorated in the hot, humid climate. Marie Claire Kuo and some other members of a research unit linked to the Chinese Department of the University Paris – VII, realizing the importance of saving these old prints, started to collect them. Mr. Wu Xingzai and Mrs. Tong Yuejuan, two prominent Shanghai producers, donated the first films for this collection. Later in 1979 CDCC was reorganized into a non-profit cultural association. With little means, it became essentially Marie-Claire’s one-person show. After many years of constant effort, she has built up a considerable stock of films. In 2016 the cultural unit of the Chinese Embassy in Paris donated its collection of films to the CDCC. Now with more than 1200 titles, it has become one of the most important collections of Chinese films in Europe.