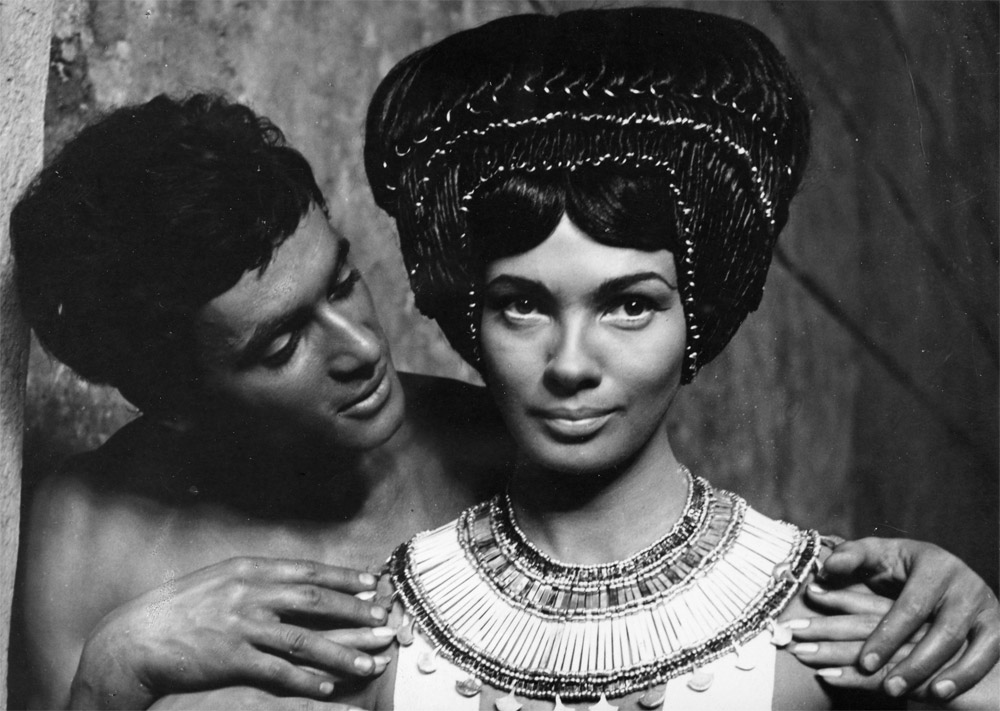 The international breakthrough of Polish cinema occurred through controversial, and intelligent views about World War II, a 50’s and 60’s cinematic movement that was like a unique national therapy session. Moreover, and true to our continu­ing obsession with CinemaScope and other widescreen processes, this was a truly creative period formally, and especially a strong period for Scope, notably in black and white.
The flaming personality of Andrzej Wajda is at the center, rep­resented by two jewels known too vaguely these days, Samson, a quintessential chapter in Wajda’s studies of the myths of hero­ism, the path of a young Jewish man from anti-Semitic Poland during the 30’s to the pressure of World War II ghettos, and Popióły, a fabulous four-hour epic of the Napoleonic wars. A renowned masterpiece and Buñuel’s favorite could be the mysti­cal center of the series: Wojciech Has’s Rękopis znaleziony w Saragossie (The Saragossa Manuscript) – surrealism on an epic scale, starring the great Cybulski. Then there is an un­known film which is a revelation: Przygoda z piosenką (The Singing Adventure) (Stanisław Bareja), a Parisian musical which you could call a kind of socialist answer to Mamoulian’s Silk Stockings. Lenin w Polsce (Lenin in Poland, Sergei Jutkevič), although a Russian co-production, is a profoundly Polish work and a masterpiece of hagiography (a genre that was already almost a joke). It is probably the only successful attempt to penetrate inside Lenin’s feelings and thoughts.
And it was only suitable that the fiercest and final statement of this wave was directed by Aleksander Ford, the principal archi­tect of the Łódź film school and leader of the Polish Red Army film unit during the war. Ironically named Pierwszy dzień wolności (The First Day of Freedom), Ford’s film breaks the taboo against the subject of the rape of German civilians dur­ing the final phase of the war and forms a straight-forward but striking study of the exploitation of women under the masculine military machine.
The harsh, merciless and politically courageous ‘Polish school’ had reached its end with the films of our series, yet what fol­lowed in the 1960s (known for the ossification of cultural poli­tics) was nearly as strong; especially in the field of the intelligent epic, its achievement was without equal on a world scale.