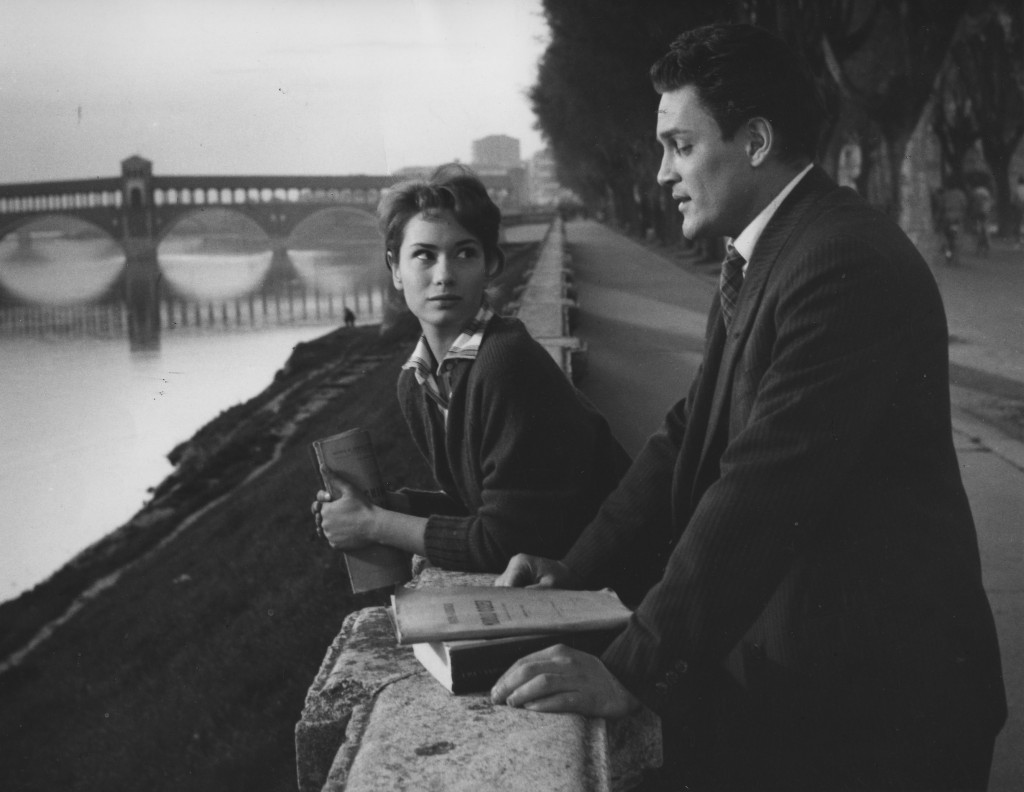 “Castellani is someone you’ll never truly get to know”, according to screenwriter and friend Suso Cecchi d’Amico. All too often identified with the calligrafismo movement or pink neorealism, or rather with the hesitant “before” and the degenerate “after” of the great postwar period era, Renato Castellani is one of the most intriguing directors of Italian cinema of the 1940s and 50s, and one that has aged the best. However, the attention paid to him by critics has been sketchy and sporadic, with no real in-depth studies, even in Italy. Castellani made his debut at a very young age with perhaps his most radical works, in line with the so-called calligrafismo school. Un colpo di pistola (1942) and Zazà (1943) are lavish period dramas of longing and death, and La donna della montagna is a typical claustrophobic melodrama made between the fall of fascism and Italy’s liberation.
In the postwar period Castellani’s polished style turned to contemporary and working-class contexts, and he became the bard of a new generation and of an innocence almost beyond good and evil. Male and female figures, highly eroticized in his perspective, point to a non-ideological, sensual and subtly aesthetic form of neorealism. Following the extraordinary success of his popular trilogy (Sotto il sole di Roma, 1948; È primavera…, 1950; Due soldi di speranza, 1952, joint winner of the Palme d’Or at Cannes with Othello by Welles), Castellani would go on to win the Leone d’oro with an adaptation of Romeo e Giulietta, one of his least interesting films, in the year of the battle between La strada and Senso. And this certainly would not help his relationship with the critics. On Due soldi di speranza, Pietro Germi wrote: “Due soldi di speranza is the greatest film made in Italy. It is deeply unfair that critics have forgotten about Castellani. It is a failing of criticism”. Maurizio Grande considers the film a “cornerstone in the analysis of the position and role of the family in Italian cinema in one decade (1950-1960)”.
But there are two other notable works by Castellani in the second half of the decade: I sogni nel cassetto (1957), a very accurate portrait of youth at the threshold of the boom, and a female prison movie in which Anna Magnani triumphs (Nella città l’inferno, 1959). Rediscovered only recently, on the other hand, is the value of the film Il brigante (1961), in which his cinema changes profoundly. In the 60s, Castellani seems increasingly out of place. And so, like many others (from Blasetti to Cottafavi and Soldati), he devoted himself to television: his biopics on Leonardo da Vinci (1971) and Giuseppe Verdi (1983) should be seen in parallel and in contrast with those of Roberto Rossellini as a model for educational entertainment for the masses.

Introduced by Sergio Bruno, who will present the alternative ending to the film