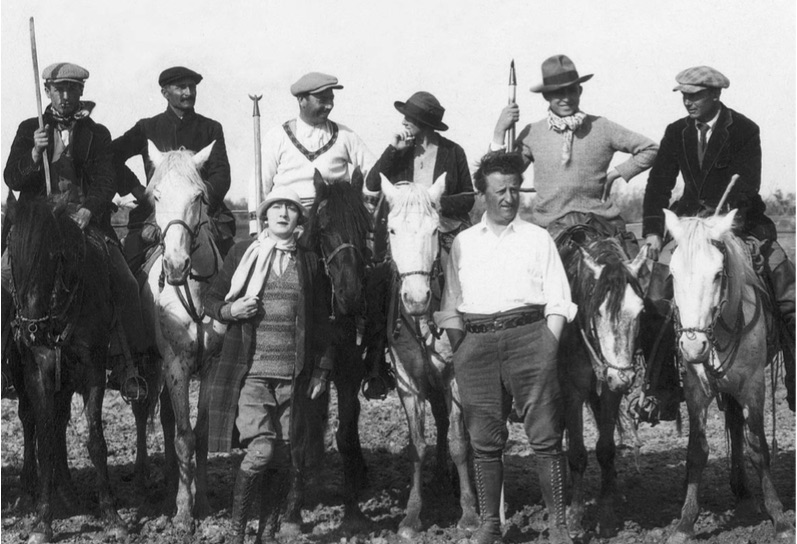 “I think he was born in Montmartre. He was very sorry that he wasn’t born a farmer. One day he told me: ‘I’m a failure because I would have preferred to be a poacher, and instead I’m a guy who makes films’. It saddened him.” That is how Henri Fescourt remembers Jean Durand. He may not have been a poacher, but his film career was to say the least adventurous. Born in 1882, Durand entered the film world through Georges Fagot, who introduced him to Pathé in 1908. However, he only lasted two months there. His true beginning came at Lux, in September of 1908: Durand claims that he made 45 films there, all almost entirely shrouded in mystery today.

His move to Gaumont in December of 1910 marked a step up in quality. There, Durand specialized in comical and adventure themes, attaining enormous success. Initially he replaced Bosetti, “master of burlesque”, in the direction of “Calino”: “Durand proposed to take the burlesque established by Bosetti in a more physical direction, including violent destruction of the sets. Thus, he required not comic actors, but acrobats and stunt people”. So he put himself exclusively in the hands of a band of daredevils, re-dubbed “Les Pouittes”. The name Gaston Modot stood out among them. As Durand explains, Modot “started his career by catching pianos and wardrobes on his head”, before becoming the protagonist of L’Âge d’or and Renoir’s favorite actor. “Les Pouittes” also followed Durand in his next two comedy series: the police story parody “Zigoto” (1911-1912) and the triumphal “Onésime” (1912-1914), in which Durand threw himself headlong into the absurd.

In the meantime, Gaumont saw the arrival of Joé Hamman, a bizarre adventurer with whom Durand had brought the French western to life already during his time at Lux. And thus came the birth of “Scènes de la vie de l’Ouest américain”, shot in the countryside of the Camargue. Joé Hamann recalls: “Durand was possessed by a burlesque genius. So much so that, despite himself, he even turned things that deserved to be taken seriously into burlesque”. Including the wild west.

From December of 1912, star billing in Durand’s film was reserved for Berthe Dagmar: “As far as I know, she was the first artist to have direct contact with tigers, lions, and boa constrictors”, the director claimed, perhaps a bit blinded by his love for the woman who remained his partner in life for quite a long time. Indeed 1919, years after our selection closes, marked the end of Durand’s collaboration with Gaumont. At this point, also orphaned by the “Pouittes”, Durand founded his own production company, earning the respect of Delluc among others. But that’s a whole ’nother story, on which we shall stop and fade out.