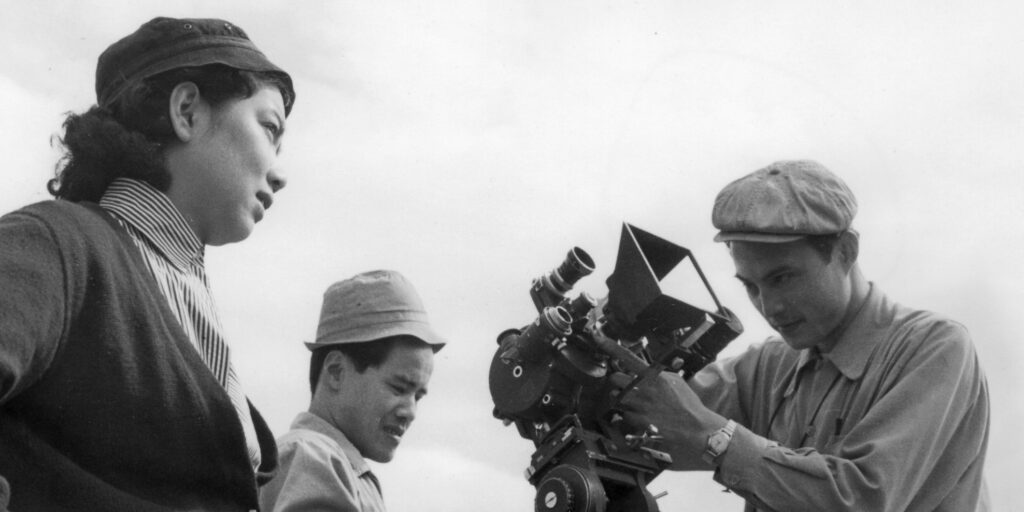 Established in 1950 as a unit of the distinguished publishing house Iwanami Shoten, the independent studio Iwanami Productions soon became what Markus Nornes describes as “the epicentre for what would be a shake-up of the Japanese documentary world”. Founded to make educational and promotional films, the company ended up transforming the conventions of Japanese documentary filmmaking. Iwanami pioneered a style typified by quiet, non-judgemental observation and a determination to capture life in all its messy spontaneity, while acknowledging the subjectivity both of the filmmakers and of the people they depicted. The studio’s approach was innovative not only by Japanese but by world standards: Susumu Hani’s Kyoshitsu no kodomotachi (Children of the Classroom) and E o kaku kodomotachi (Children Who Draw) were among the earliest observational documentaries made anywhere, pre-dating Free Cinema in Britain by a year or two and cinéma vérité by some years.
Iwanami’s links to the (relatively moderate) Japanese Communist Party attracted filmmakers with leftwing convictions; it was an irony that some of the studio’s most significant works were commissioned by capitalist interests, including manufacturing and power firms, as well as by the liberal, business-oriented and pro-American Japanese state. Nevertheless, the company fostered creativity through its decentralised approach. As Nornes writes, “The relative freedom of lwanami’s approach to management at all stages of production allowed its employees to experiment with the bounds of the public relations film.” Particularly significant was the so-called Blue Group (Ao no kai). Meeting in a jazz cafe called Narcissus in Tokyo’s Kabukicho district, “they discussed filmmaking and theory. They would show rough cuts for feedback and perform experiments. At the same time, they began pushing the limits of the PR film, converting typical shorts on, say, steel factories into massive cinemascope spectaculars.”
Iwanami had a lasting impact on Japanese film, both documentary and fiction. Several outstanding talents in post-1960 Japanese auteur cinema started at the company, among them radical documentarians Shinsuke Ogawa and Noriaki Tsuchimoto, who would confront some of the most controversial issues in postwar Japanese politics, and New Wave filmmakers Susumu Hani and Kazuo Kuroki – Hani’s fiction bears clear traces of the patient realism of his Iwanami work. The studio also fostered female filmmakers such as Toshie Tokieda and Sumiko Haneda, the latter one of Japan’s most celebrated documentary directors. This survey offers the opportunity to encounter a set of diverse, humane, formally experimental and subtly political films, which are both admirable in their own right and vitally influential.