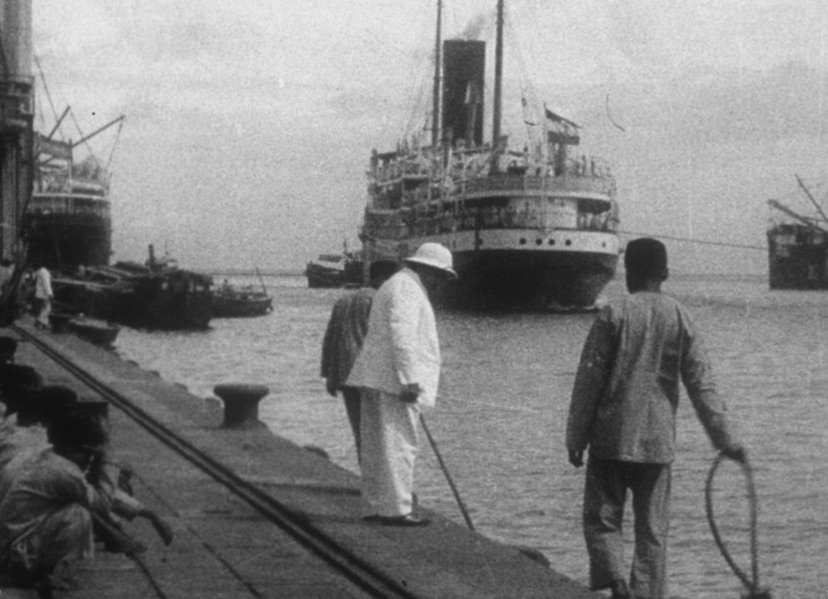 Dark Treasures is the title given to a series of screenings devoted to films made in and/or about colonial territories during the colonial era. Each screening is programmed by one archive of a former European colonial power. The term “colonial” can still trigger an anti-colonial reflex: all the negative connotations and associations rush in, effectively preventing a more open-minded inspection of objects related to colonial history. That, probably, is why colonial films, for instance, have been so obscure for so long. I’m not saying that the memories of the colonial era are misguided or that colonialism itself was an unconditional blessing. But then again, neither is political correctness. Closing our eyes to these materials – i.e. creating darkness – may easily demonize them.

Just like today’s news and current events programmes on television, colonial cinema was to a large extent meant to inform and educate spectators; in short to create an interest in territories that were unfamiliar or even alien. Of course, the films were selective, presenting colonial territories as inviting and untroubled, simply waiting to be explored and exploited. The fact that it was not uncommon for colonial cinema to be exhibited in special venues, under specific conditions, marks it as different from the many travelogues and industrial or exotic films shot in faraway places made by commercial companies (Pathé, Paramount, Messter, etc.) and shown in commercial cinemas. Rather than merely showing other places, such films often transported spectators to a different time; they were time machines, giving us a scenic tour of the pre-modern world. Colonial cinema, on the other hand, was a much more contemporary kind of cinema. To some extent it showed these territories as they were, with the infrastructure and technologies that made the colonized – as well as the colonizing – countries part of the modern world, for better or for worse.