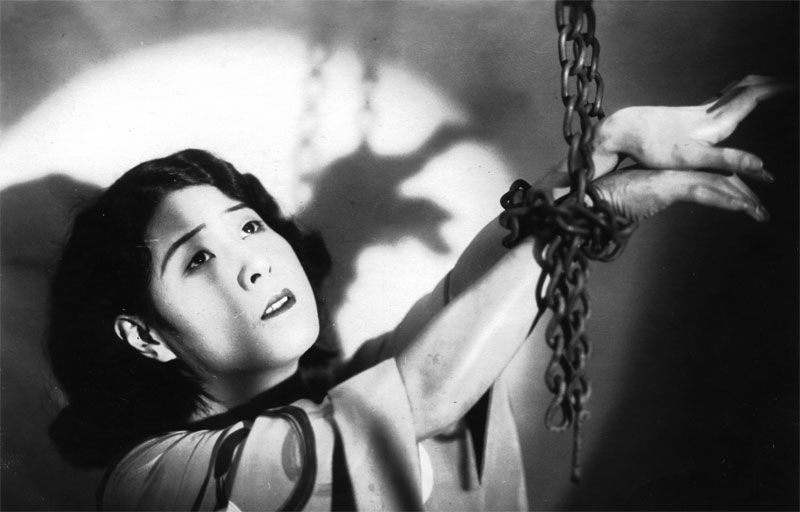 During the early years of the Showa period (1926-1989), while Japan’s silent cinema reached new artistic heights,m Japanese filmmakers took their first steps towards sound film. Whereas in the West the transition to sound was abrupt and practically complete by around 1930, in Japan it stretched over a decade, with sound films not forming the majority of films produced until as late as 1935. This two-part retrospective, which will continue in 2013, focuses on this transition period, showing how the Japanese cinema gradually adopted the techniques and exploited the potential of sound film.

For the Japanese film industry, the coming of sound was a cause of both disruption and opportunity. The arrival of the talkie was welcomed both by important figures within the industry and by many critics and spectators, but the spread of the talkies in Japan was unusually late compared to other major film-producing nations. The reasons for this were primarily economic and structural in nature. Unlike their American counterparts, Japanese film companies did not have the financial resources to make a swift transition to sound, and the spread of the new medium was also retarded by the lack of suitable venues, in particular in rural sectors where few theatres were wired for sound.

The conversion was also delayed by the existence of the benshi, an institution unique to Japan, who routinely provided voiceover and commentary for silent films, and who had achieved considerable popularity in their own right. By the 1930s, they formed a powerful vested interest, and 1932 saw a series of benshi strikes, protesting against job losses at cinemas showing Western sound films and the increasing production of Japanese sound films.

Accordingly, a prolonged transition period saw the production of both silent and sound films, along with part talkies and other hybrid forms. With major studios initially cautious, smaller enterprises including Mina Talkie, Tojo Eastphone, and later P.C.L. (Photo Chemical Laboratory) and Studio J.O. were founded specifically to produce sound films. The significance of Mina Talkie, as the first Japanese firm specifically to aim to produce sound films, is highlighted in this retrospective by a screening of Seiyukai sosai Tanaka giichi shi enzetsu (The Speech of Prime Minister Tanaka), a record of a campaign speech by the then Prime Minister, and the oldest extant Japanese sound film. Mina Talkie went on to co produce Kenji Mizoguchi’s Fujiwara Yoshie no furusato (Hometown), a film also informed by the theoretical assumptions and practical contributions of Iwao Mori, a scriptwriter, film critic and journalist who exerted a profound influence on the early development of sound film, and who was to become head producer at P.C.L. (later Toho).

In addition to these and other key early sound films, this programme will include examples of silent films re released in the sound era with pre-recorded benshi tracks (known as Katsuben Talkies), and will illustrate the way in which the influence of sound cinema percolated even into the silent films which continued to be produced through the 1930s.

In co-production with National Film Center – The National Museum of Modern Art, Tokyo