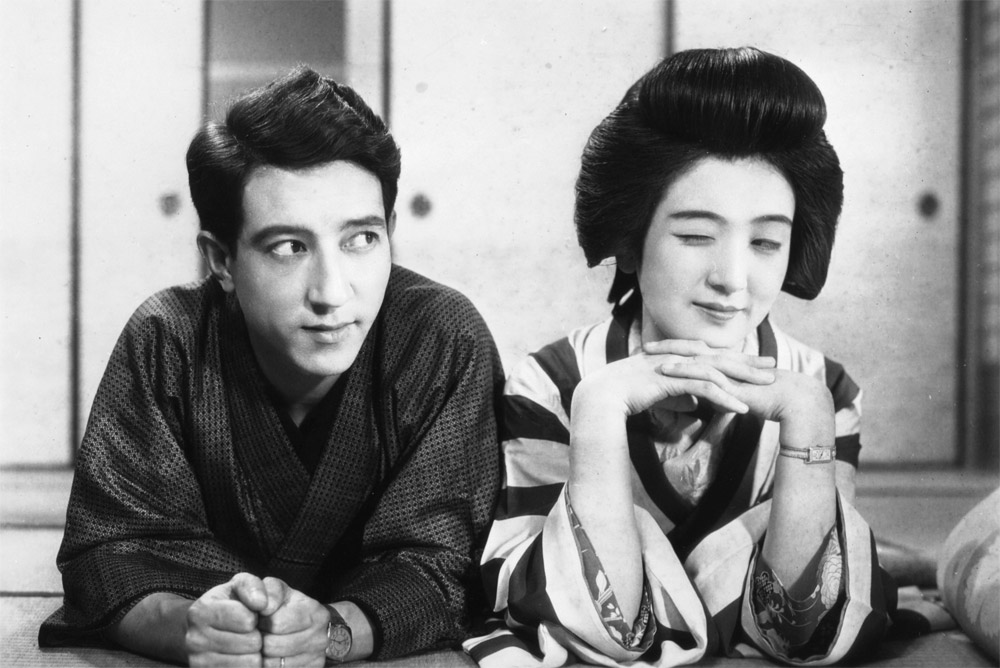 The final installment in a series of three charting the early years of sound cinema in Japan focuses on Shochiku, then as now one of the leading Japanese studios, and host in the 1930s to many of the most enduringly famous of Japanese directors and stars. Originally a kabuki firm, Shochiku moved into cinema in 1920 with the goal of producing ‘Western-style’ films, such as the seminal Rojo no reikon (Souls on the Road, 1921, Minoru Murata). But by the mid-1920s, directors such as the influential Yasujiro Shimazu had begun to produce low-key stories of everyday life, initiating the studio tradition of sho­min-geki (films about the lower-middle classes). By the end of the silent period, these two traditions had fused. At Shochiku’s Kamata studios, directors such as Shimazu, Shimizu, and the young Naruse perfected a distinctively flamboyant visual style, ‘Kamata modernism’, ideally suited to exploring the tension in 1930s Japan between the native and the foreign, tradition and modernity.
Shiro Kido, head of production at Kamata, had seen the RCA photophone system in New York in 1928. Back in Japan, he hired two technicians, the Tsuchihashi brothers, who plundered Western technical journals to help them design their “pure Japa­nese technology”, the so-called “Tsuchihashi system”. Using this system, Shochiku produced for the first truly successful Japane­se talkie, Gosho’s Madamu to nyobo(The Neighbour’s Wife and Mine, 1931). As with other Japanese studios, the transi­tion to sound was prolonged. Shochiku quickly installed sound systems in its theatres, but the limited number of sound stages prevented wholesale conversion. Through the early 1930s, Sho­chiku continued to make silent films, as well as films shot silent, but with post-synchronised scores, sound effects and sometimes recorded benshi commentary. Part-talkies, too, co-existed with the full talkies featured here.
Not until 1936, when Shochiku’s most critically acclaimed director, Yasujiro Ozu, made his first full talkie with Hito­ri musuko (The Only Son), did the talking picture become near-universal at the studio. Partly in order to facilitate this conversion, Shochiku moved from Kamata, whose location in suburban Tokyo made it particularly vulnerable to external noise, to the then rural milieu of Ofuna near Kamakura. This decisive shift was mirrored in other studios, with 1936 the first year in which more sound films were produced than silents in Japan overall. Therefore, that year is a particular apt moment to end this survey of Japan’s early sound cinema. The style of Shochiku’s films during this transitional period was distinctive. As the studio moved towards sound, many of its directors simplified their styles, opting for realistic narratives and a less showy, more understated technique. Shochiku’s early sound films thus provide an unique record of the daily customs, manners and fashions of the early Showa Era, when a fragile modernity co-existed with traditional and nationalistic values. They helped to cement the tradition of understated realism which became a central mode in Japanese film art.