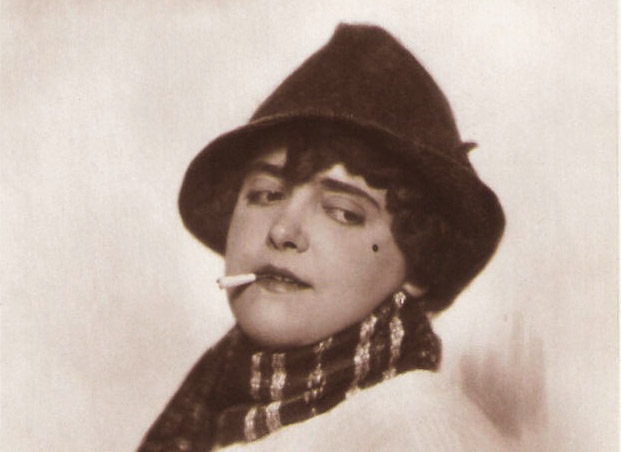 Rosa Porten is known in film history as Henny Porten’s elder sister, who wrote the scenario for the drama which launched the younger sister’s career at Messters in 1910. But the awareness that Rosa Porten herself had a versatile, long and prolific career in German silent cinema as an actress, a scenarist and a film director, lasting from 1906 until the mid-1920s, is of very recent date. The exact extent of her oeuvre is still uncertain, but the archival research into documents and prints suggests that it is substantial. There are traces of at least fifty titles, of shorts and features, comedies and dramas, of which, unfortunately, the vast majority is presumed lost today. Our program presents six surviving comedies by (and partly with) Rosa Porten, three of which were restored for this special section. The most recent discovery is Der Neueste Stern vom Variété: in april 2014 an almost complete nitrate print turned up among a lot donated to EYE Filmmuseum.

Wanda’s Trick was the film which put me on the track of Dr. R. Portegg’s ‘identity’. Elif Rongen (EYE Filmmuseum) brought it to my attention when we were preparing the program for the Women and the Silent Screen Conference 2008. We had no idea about the director, but the cheery zest and the clever humor characterizing the female protagonist was intriguing. If one googled Dr. R. Portegg at the time, pages of recipes with ‘port’ and ‘egg’ appeared… and only with much patience I eventually hit the website of the Deutsches Filminstitut, where Gerlinde Waz and Gabriele Hansch had disclosed that it was the pseudonym used by Rosa Porten and Franz Eckstein as codirectors.

Dr. R. Portegg directed at least eighteen gripping dramas and entertaining comedies produced and distributed by the Treumann-Larsen-Filmvertriebs-GmbH from 1916 until 1918. This company belonged to Wanda Treumann, her husband Karl Treumann and the actor Viggo Larsen, which implies that Treumann was not just the featured actress in four Dr. R. Portegg films, but the producer of all films co-directed and presumably written by Rosa Porten. In the vast majority of these productions Rosa Porten also enacted the female protagonist. The sporadic and succinct contemporary reviews often characterized Porten’s comedies as “serious-comical” and habitually praised Dr. R. Portegg’s fine direction and Portens or Treumanns apt acting.

Rosa Porten’s comedies enchant still today because of the breezy humor that motivates their stories and the happy-go-lucky pragmatism of their female protagonists. Her stories mock class boundaries and make fun of gender attitudes, they deal with social issues in the guise of quality entertainment. Wanda Treumann’s and Rosa Porten’s acting is ideal for the type of stories and protagonists which Porten devised: with natural ease balancing earnestness and flippancy, often with a wink at the female spectator but without rebuking the male spectator. The zestful Wanda Treumann enacts proud yet spirited characters, the sparkling Rosa Porten renders her unwieldy country girl as a little rascal and an adorable prankster.