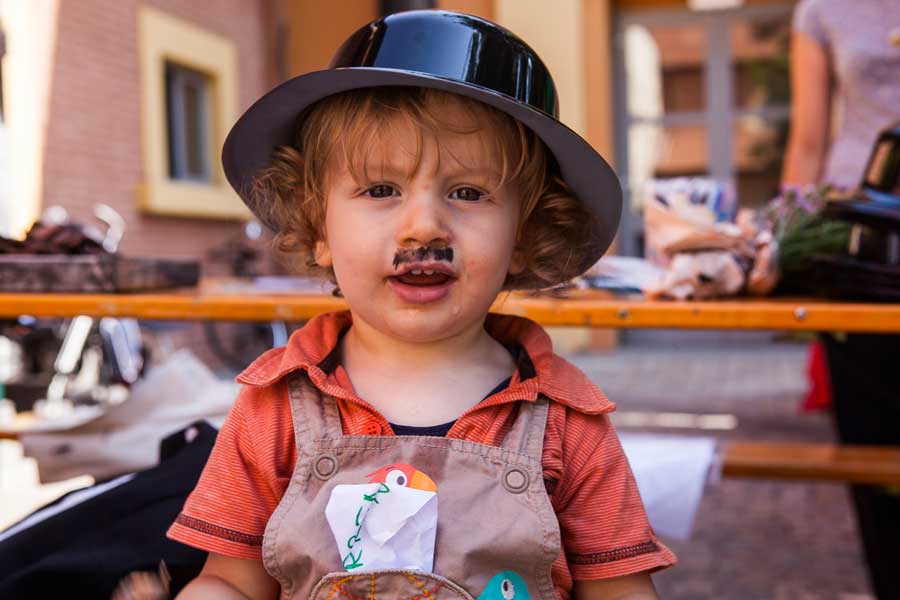 The festival’s section devoted to young film lovers makes its return this year and for the first time has been expanded to include children two years and up. Schermi e Lavagne, the Cineteca’s Education Department, organizes film education projects year-round for schools and families. These activities continue during Il Cinema Ritrovato, a crucial event for the promotion of film heritage.
Every day of the festival the Kids section will present shorts and feature-length films from the past and present organized in thematic screenings with workshops revealing the secrets behind moving images. A significant part of the programming is dedicated to the Lumière brothers, stars of the exhibition Lumière! The Invention of Cinema: we will screen many of their short films, and kids will magically find themselves in one of their views using the green screen technique.
In the age of digital technology, we believe it is important that new generations know that cinema began with film: this is why we let children handle film and show them a projection booth. The workshop with Vincenzo Gioanola will give kids the chance to make a very short film by drawing and coloring directly on film.
Also of note is the participation of the Orchestra Mozart, giving us the opportunity to offer children a wonderful learning experience: a screening of several films with a focus on music will be followed by a workshop in which musicians will present the different instruments used in the soundtracks and will explore with kids through play the close relationship between music and moving images.