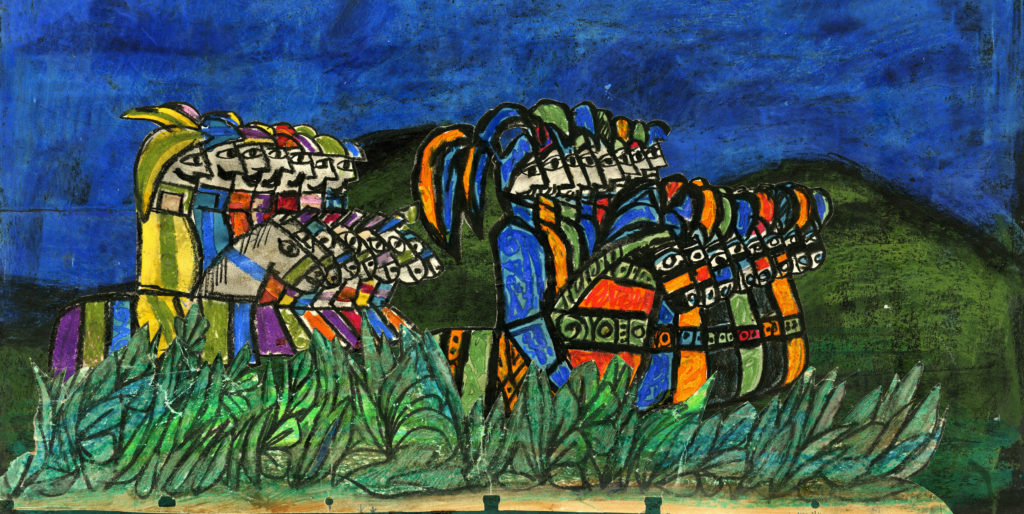 Throughout the year, Schermi e Lavagne, the Cineteca di Bologna educational department, leads children on a journey of discovery of the history of cinema through screenings, workshops and meetings for schools and families. For those who follow our activities year-round, Il Cinema Ritrovato is the final stop on this journey; but it is also a special occasion of discovery for those approaching the cinema and its history for the first time. During the festival, a special space is dedicated to children in the Cinnoteca, which hosts shows and workshops, and in the Sala Cervi, where there are screenings aimed specifically at children.
With time, Il Cinema Ritrovato Kids has also begun to attract festival pass holders from around the world, resulting in a mixed public which mirrors the wide appeal generated by films that are often, superficially, designated as ‘for children’. For example, this year there is the focus dedicated to Emanuele Luzzati and Giulio Gianini. The homage begins with a round table featuring Sergio Noberini, director of the Museo Luzzati in Genova, Eric Rittatore (Associazione Cartùn) and Carla Rezza Gianini, the wife of Giulio. A detailed retrospective sets out to show the eclectic nature of Gianini and Luzzati’s work and the diverse range of artistic influences that underpin both celebrated works like Il flauto magico (The Magic Flute) and lesser known shorts and documentaries. We also plan to stage a workshop dedicated to the realisation of a brief animation film according to the method of dé coupage utilised by Luzzati, as well as other afternoon activities for younger spectators.
Two sections entitled are dedicated to animation produced in the celebrated Russian studio Souyzmultfilm and in Eastern European countries prior to the fall of the Berlin Wall. The latter, Cartoons beyond the Curtain, already presented at the Sottodiciotto Film Festival, includes titles from ex-Yugoslavia, Czechoslovakia and Poland, some of which have never before been screened in Italy. Thanks to our regular on-going collaboration with the Filmoteka Narodowa in Warsaw, a series of Polish animation films from the Se-Ma-For studio restored in 2016 will also be screened.
We will also present restorations of several shorts made between 1936 and 1941 by the brothers Dave and Max Fleischer brothers, the creators of immortal characters like Betty Boop and Popeye.
A section dedicated to experimental cinema inaugurates a special collaboration with the Department of New Technologies and Musical Languages at the Conservatorio di Musica G.B. Martini in Bologna. Some students will set a series of shorts to music, either live or through a soundtrack recorded in the studio.
Some boys between 16 and 19 keen on film criticism will once again have the opportunity to participate in the blog Cinefilia Ritrovata under the supervision of Roy Menarini. Five students from secondary schools in Bologna will follow the festival as spectators and journalists, carrying out interviews and reviewing films in the programme. The best interventions will be published on the blog in the section ‘Sguardi inediti’.