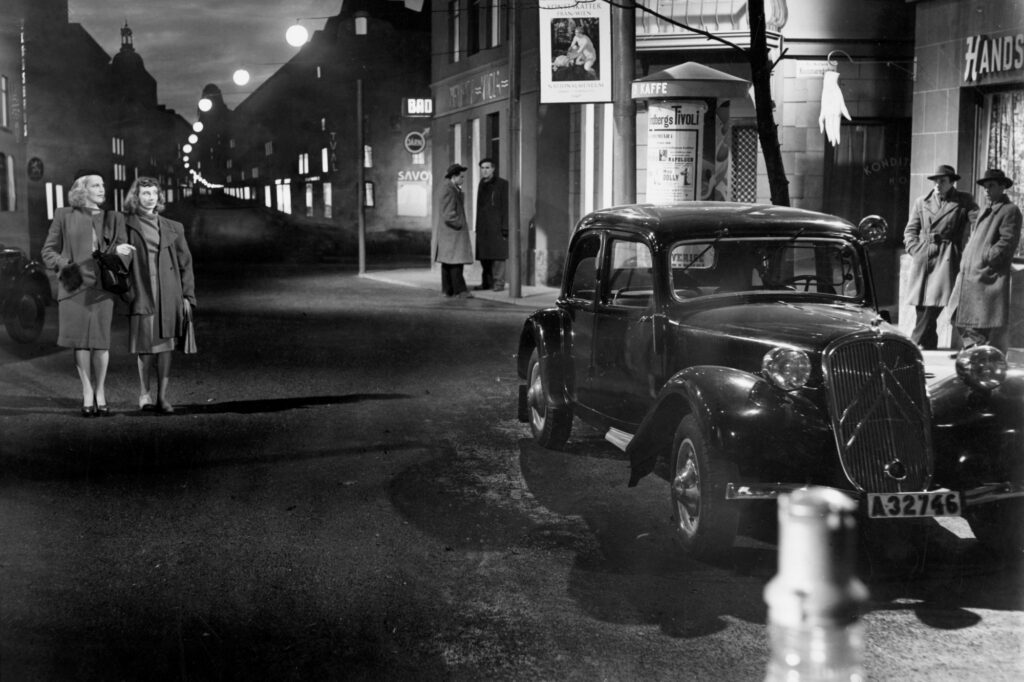 When Gösta Werner celebrated his centennial in 2008, Il Cinema Ritrovato honoured him in a fashion that was as unusual as it was fitting for his life and work. The festival screened what is arguably his most famous short Att döda ett barn (1953), followed by a presentation of some of the film books he wrote, among them Mauritz Stiller och hans filmer: 1912-1916 (1969). Both in a way were works concerned with the nature of loss. Gösta Werner died the following year, at the age of 101. Why Werner now? A sense of loss might have something to do with it. These days, it seems difficult to imagine a figure such as Werner: an important historian who’s also a celebrated filmmaker. We might rather say an experimentation-happy director for whom life is a journey of insights and discoveries, some of which he judged worthy to put down in words. For Werner, cinema was many things, and he enjoyed engaging with all of them (as much as possible), hands-on. It seems telling that Werner’s main field of work in the cinema was making short films: sure, he made half-a-dozen fiction features (1949’s Gatan is a gem of noir-murky realism with a few surreal touches), but his key achievements were almost all commissioned works, such as Att döda ett barn, which was financed by an insurance company and was for a long time compulsory viewing in Swedish schools. Werner made useful films – and while exploring the language, pushed the boundaries of how to narrate such work. His oeuvre is rich in tonal variety: the gruesome harshness of Midvinterblot (1946); the formal severity and expressive despair of Väntande vatten (1965); the enchanted warmth of Skymningsljus (1955); the mellow bemusement of Ett glas vin (1960); the sharp modernist harmonies of Levande färg (1961). Some of his works have an overt political urgency, which is all too often timeless, as with his account of the plight of refugees in De kommer över gränserna (1961). Frequently, Werner is more interested in what you might call a politics of echoes – why else make a film about Nordic rites of sacrifice and blood as a composition of bright sunlight and frightening fields of pure darkness as he did in Midvinterblot? Who will be saved here? Watching Gösta Werner’s works we discover a filmmaker with a very coherent philosophy of life. What we may gain as we age is little compared to the enormity of loss that defines human existence – but the splendour of what is gleaned is worth celebrating with all the art one can muster. Fittingly, Werner’s cinema is full of places long gone – the Stockholm seen in Gatan or Morgonväkt (1945) has long been razed to the ground – but which never have looked as beautiful as they do here.