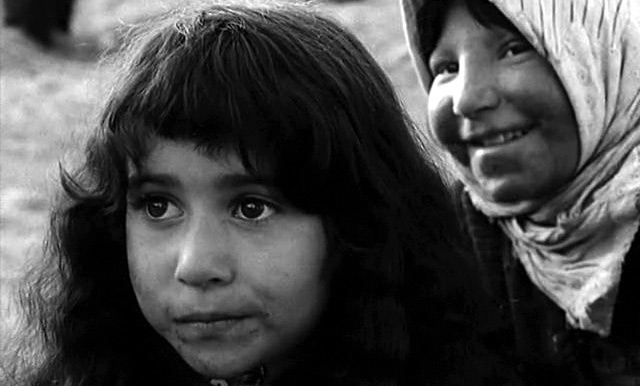 Time to celebrate the first Iranian independent film studio, which during its 10-year run managed to produce some of the most remarkable entries (both documentary and fiction) in the history of Iranian cinema. One man is responsible for this enterprise: the filmmaker, producer, writer and translator Ebrahim Golestan; a figure of special importance to Iranian culture, without whom the notion of an Iranian art cinema would have been an unlikely prospect.
If Golestan’s literary oeuvre has been widely discussed, his contribution to cinema remains underrated and the films largely inaccessible. Though Brick and Mirror, a pioneering work of Iranian New Wave, came to be seen as a misunderstood masterpiece, the documentaries were left largely unseen.
Born in 1922 in Shiraz, Golestan began his encounters with the cinema at an early age, being taken to screenings by his newspaper-owner father. Initially he became a journalist, and joined the Communist Party of Iran, but, disillusioned with the Party’s treatment of the current affairs, retreated to literature. He wrote novels, and translated Ernest Hemingway and Mark Twain into Persian.
Owning an 8mm Bolex as a teenager, Golestan soon graduated to 16mm and practiced his craft by producing news footage, often commissioned by American networks.
In 1958, commisioned by oil companies, Golestan founded his studio. Instead of hiring professionals, he scouted for young talent, training them for various tasks. This small, dedicated group included cameraman Soleiman Minassian, actor/assistant-director Zackaria Hashemi and soundman Mahmood Hangval. Probably the most famous of his employees was Forough Farrokhzad, studio’s editor and occasional actress, who also directed the haunting documentary The House Is Black.
However, tragedy struck: in 1967, Farrokhzad, with whom Golestan shared more than a professional relationship, died in a car accident. Shortly after, Golestan abandoned his film studio and left Iran to settle in the UK. It was only in 1971, when he made a short return, that he made what turned out to be his last cinematic work.
In retrospect, Golestan’s films seem as fresh and powerful as ever, freely ranging between prose poetry and anthropology; from political metaphor to philosophical allegory. In their rich and colourful universe, the past and present live side by side, often overlooking each other’s presence until the camera’s observant eye reconciles them by means of poetic inspiration. Along with the repeated acts of excavation and digging – for oil, objects and history – seen in Golestan’s films, the works are themselves a search for the roots of an old tree called Iran.