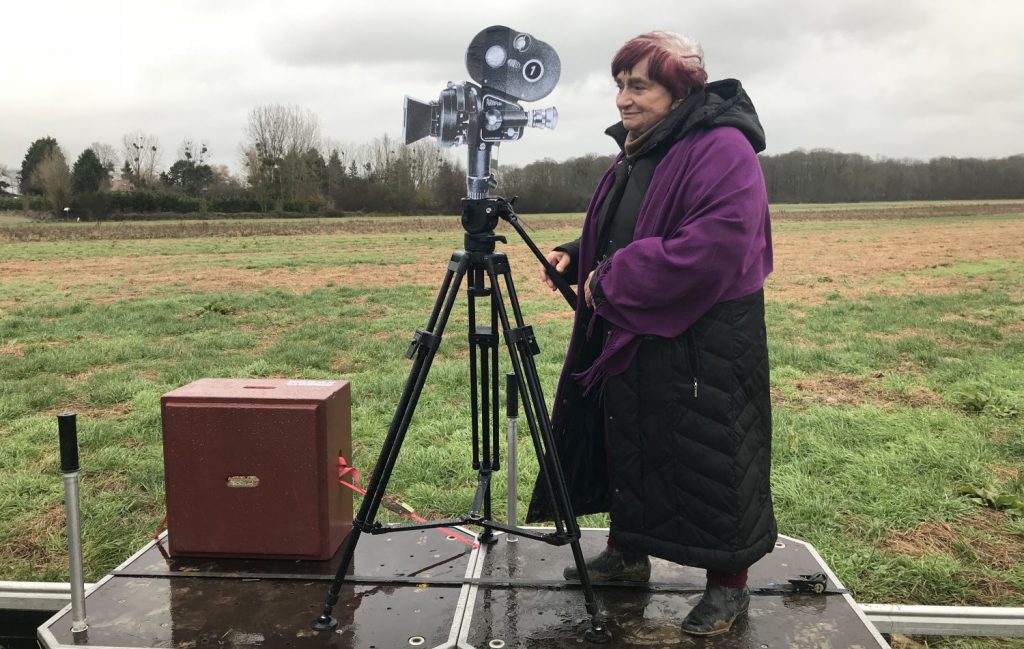 Today, more than ever before, cinema and its history are told through a growing number of documentaries and inspiring new films: Quentin Tarantino’s Once Upon a Time… in Hollywood and Peter Jackson’s They Shall Not Grow Old are the most sensational examples. With restored works and discoveries made in archives, in this section we are presenting the best of documents and documentaries of the past and the most interesting documentaries about film made in recent months.
Current films include a number of moving portraits, of figures including the forgotten director Rino Lupo, Jean Gabin and Dario Argento; also the statesman who loved cinema, Winston Churchill; and the master of animation, Jiří Trnka. There are also four great stars (Musidora, Anna Magnani, Claudia Cardinale and Romy Schneider) who portrayed on film strong female characters that asserted their own identity and freedom. Speaking of freedom, we are paying tribute to Agnès Varda, who decided to end her journey as an artist with a self-portrait full of insight and humour (Agnès par Varda), and to Cecilia Mangini, a great humanist and filmmaker, who will be at the festival presenting the restoration of her Essere donne.
Our rediscoveries of the past include Jack Hazan’s A Bigger Splash, a stunning portrait of the artist in which David Hockney literally reveals everything; Elia Kazan as you have never seen him before in the work of André S. Labarthe and Annette Michelson; a compelling episode of the Dick Cavett Show with Peter Falk, Ben Gazzara and John Cassavetes; a trippy interview with Sterling Hayden; and a profound and poetic portrait of one of film’s great artists, Bernardo Bertolucci, on the set of Partner. We also have a commissioned film, O pão, in which Manoel de Oliveira masterfully captures the odyssey of bread and man, reconstructing the dialogue between humans and the earth, between God and the seasons.
Encounters with the history of the 20th century is the other theme running through the selected films, starting with Crisis: A Film of a Nazi Way with which Herbert Kline tried, in 1939, to open the American public’s eyes to Hitler’s true objectives. In What We Left Unfinished the young filmmaker Mariam Ghani opens the doors of the Afghan archives and shows us unfinished films made during the ‘Soviet’ years. There are two ‘impossible’ documentaries: The Memphis Belle: A Story of a Flying Fortress, made by William Wyler, risking his own life, about a heavy bomber in action over Germany in 1944, and Arab Israeli Dialogue (Lionel Rogosin, 1974), both of which inspired Erik Nelson and Michael Rogosin to make two new documentaries.
Thanks to a partnership with Cinemazero, this year we are also inaugurating the Gideon Bachmann Project with the finest documentaries ever made about Fellini. We will also be screening two ‘mockumentaries’ by the great director from Rimini: Fellini: A Director’s Notebook and The Clowns. Federico believed that documentaries needed fiction to fully capture the intensity of reality. Fifty years later, Martin Scorsese seems to be sending us a similar message with his dazzling Rolling Thunder Revue: A Bob Dylan Story.

Documents and Documentaries, Soul and Craft: A Portrait of Henry King

WHAT WE LEFT UNFINISHED

WHAT WE LEFT UNFINISHED

Soul and Craft: A Portrait of Henry King, Documents and Documentaries

CHURCHILL AND THE MOVIE MOGUL

CHURCHILL AND THE MOVIE MOGUL

CRISIS: A FILM OF A NAZI WAY

CRISIS: A FILM OF A NAZI WAY