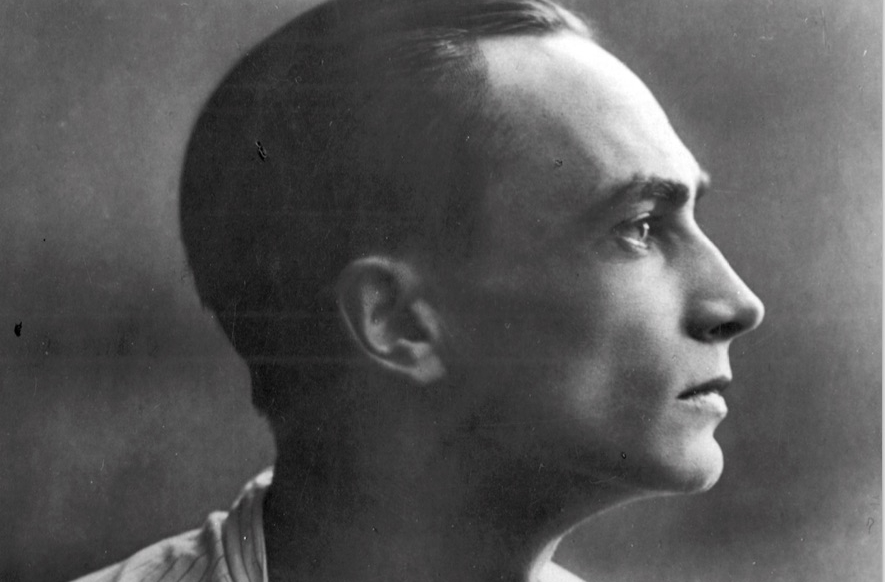 Conrad Veidt (1893-1943), more than any other star of his time, was a true memento of history: as if one face reflected the pain (real pain merging into its enactment, remembering how his filmography stretched precisely from one World War to another) and disillusioned expectations and observations about a period of time. For us, the presentation of this great mystery person is a proud moment, even if by necessity we offer a rather pathetic pars pro toto of Veidt’s career: he is the missing link in the star retrospectives started in Bologna in the 1990s, with Valentino, Garbo and Fairbanks. Later, Pordenone dedicated a wonderful retrospective to Mozhukin. The list of the greatest of the great is not that long.

Audiences met him in the painted sets of Caligari and hailed frewell in a fictitious Casablanca. Between these mental regions, there were unmatched visions of divided identity and personalities, always palpable even if they only appeared on the screen for a few moments. He never repeated himself, but he was no chameleon either. Always recognizable and handsome, shy or cruel or both, with his pale ascetic face, his thin lips, his eyes buried somewhere in his deep, high forehead, hinting at some horror of unrecognizable origin, he was truly the exemplar of someone who had lived through WWI and personified the knowledge of its madness. He had walked the imaginary road and lived his presence with an intensity that made reality a second-rate imitation.

“…when Conrad Veidt’s Cesare prowled along the wall, it was as if the wall had exuded him”, wrote Siegfried Kracauer. Veidt’s nearimmaterial dream travel through historical times and characters (Richard III, Cesare Borgia, Ivan the Terrible, Chopin…) was a legend, as were his ice-cold tableaux of modern business life. He was equally original with classical compositions as with avantgarde, or even mainstream – what a prince he was in Der Kongress tanzt, The Thief of Bagdad. (And really, what a parade of stars we will witness at his side: Asta Nielsen, Erna Morena, Olaf Fønss, Albert Basserman, Paul Wegener, Heinrich George, Lil Dagover, Lillian Harvey, Willy Fritsch, Madeleine Carroll, Sabu…)

His mode was always ambivalent: a certain romantic mood wasn’t excluded, even from messages emerging from the borderline of the psyche. Whether working at home in Germany or in Hollywood (both in the 20s and then at the end of his life) or in England (after he chose to leave Germany), he was an auteur. He gave a trembling intensity to the morbid “Aufklärung” films with Richard Oswald, inserting into them a new presence on the margins,and embracing subjects (drugs, homosexuality, prostitution) that meant a direct confrontation with the censors. And then of course there was an especially terrifying intensity in his work with the greatest – Murnau, Leni, Powell. Veidt had a special genius in becoming one with the thematic center of a film. Isn’t his steely gaze identical with the fantasy in the eyes of The Thief of Bagdad?

Maybe we are in the presence of the truest history of the inter-war period? And even more. Like his somnambulist Cesare, Veidt was a strange person who “knew the past and saw the future”.