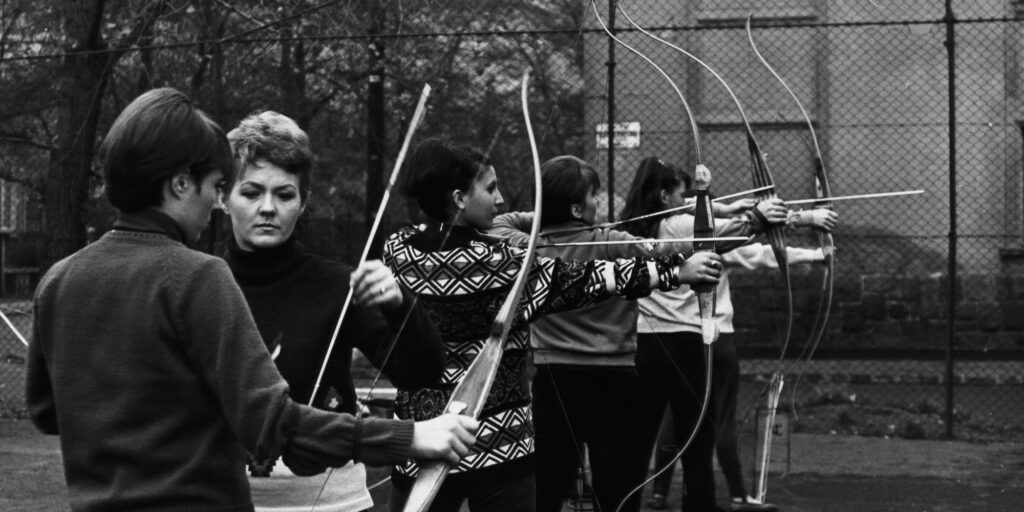 This programme is a spontaneous branch of the long process that accompanied the restoration of Sambizanga. Trapped in a web of legal disputes that rendered it inaccessible for over a decade, this film can finally see the light of day. Exploring the story of its author, Sarah Maldoror, a militant poet from the Antilles, we discovered her work – a precious collection of over 30 short documentaries, whose value is finally now being recognised. This led us to other artists who had to overcome all sorts of prejudice and obstacles in order to win a place behind the camera.
We decided to focus on debuts – on the urgency of that first creative act in which aspiration is transformed into realisation – discovering films that are free, resistant and obstinate, sometimes imperfect but nonetheless potent, realised by filmmakers who managed to ‘establish a precedent’, entering history as the first women filmmakers in their respective countries.
The selection proposed, which is necessarily partial, spans a period of time from the Second World War to the end of the 1970s, when the feminist movement populated the arts with new voices. The geographic space is that traditionally defines the area of interest of Cinemalibero: outside or on the margins of the ‘Western system’, or casting an implacable and sometimes alien gaze on this system, as in the case of La Passante, a very rare ‘student’ short by the master of sub-Saharan cinema Safi Faye.
In this way we discovered the existence of one-hit wonders such as Bárbara Virgínia, whose film career was suffocated by the patriarchal bias of the Estado Novo in Portugal, as well as films that launched successful careers, such as Márta Mészáros’ Eltávozott nap, which is premiered here in a new restoration. Also newly restored are Djouhra Abouda’s experimental Ali au pays des merveilles, which is missing from official histories, and Wanda Jakubowska’s ‘Hollywood-Stalinist’ classic Ostatni etap, one of the first depictions of concentration camps. History with a capital H also runs through A byahme mladi by the Bulgarian Binka Zhelyazkova and De cierta manera, Sara Gomez’s portrait of the utopian Cuban revolution. Often the female gaze assumes the form of a documentary, appropriating a mode considered marginal and transforming it into a masterful display of authorship, as in Margot Benacerraf’s Araya or in Ignoti alla città, the debut of the ‘heretical Socialist’ Cecilia Mangini, which is adapted from Pasolini’s Ragazzi di vita. As Virginia Woolf put it, killing the Angel in the House was an “act of self-defence”.