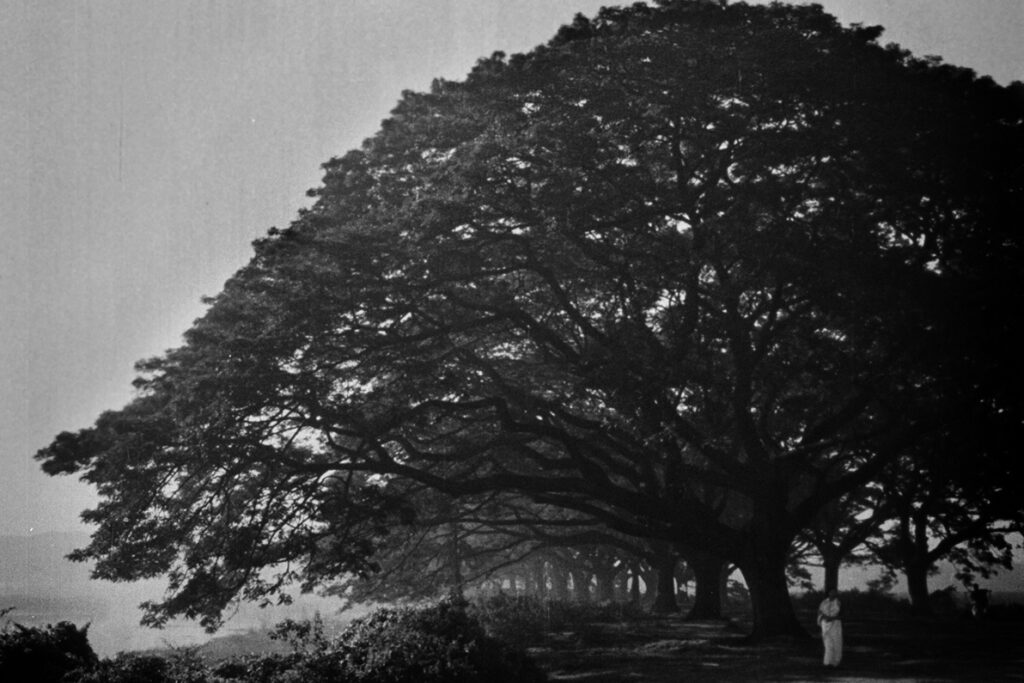 Censored, re-edited, confiscated, shown only in the underground circuit, or simply vanished: the films in this year’s programme are the result of endless research and tortuous restoration. The resurrection of these works demonstrates once again that restoration is now an essential vehicle for reconfiguring a transnational space and rewriting the many histories of cinema. In other words, in the combination of its (philological, ethical and technical) practices, restoration can now be considered an act of cultural resistance.
It is precisely in the multiple meanings of resistance – to the horrors of colonial regimes and dictatorships, to cultural dis- placement and the inexorable advance of an all-consuming modernity – that the cinema of the seven great filmmakers in this programme found their raison-d’être. “My memories overflow with life, with intensity”, Ritwik Ghatak writes. “I don’t possess anything else. If I had possessed the gift of writing, if I’d been a poet or a painter, I could have entrusted myself to my eyes as I got older. But I am a filmmaker. I have lost everything. I cannot show anything of what I have seen”. All of Ghatak’s work gravitates around the tragedy of Bengali refugees, displaced from their land after two centuries of English domination. Exiled from their past, the protagonists of Meghe Dhaka Tara cannot imagine a future.
The very existence of Xiao Wu, a petty thief from the provinces crushed under the weight of the relentless advance of the Chinese economy, also seems to suggest a lack of alternatives. With every mouthful of smoke, the protagonist seems to embody the weakening of the heartbeat of a world destined to disappear. If Xiao Wu, the debut of Jia Zhang-ke, never truly existed for the Chinese authorities, Mohammad Reza Aslani’s Shatranj-e Baad is, 45 years after its release, a virtually unseen film.
The representation of violence is at the heart of two films from very distant latitudes: extreme and graphic in Kisapmata, in which the ailing family unit is a clear metaphor for Filipino society under Marcos; and cathartic and satirical in Mueda, Memória e Massacre, the first feature-length film in Mozambique’s cinema and possibly a unique example of one people, including survivors of a massacre, rewriting their own history through a re-enactment. The ‘misunderstood language’ of colonised peoples is at the centre of Sarah Maldoror’s Monangambee, while her other two shorts are the filmmaker’s portraits of Léon Damas and Aimé Césaire, the founding poets of Negritude: “Poetry is my back-up lung”, claims Césaire in Les Masques des mots. We would like to dedicate our programme to Maldoror, a pioneer-warrior of Pan African cinema, a narrator of the struggles for feminist and militant independence.