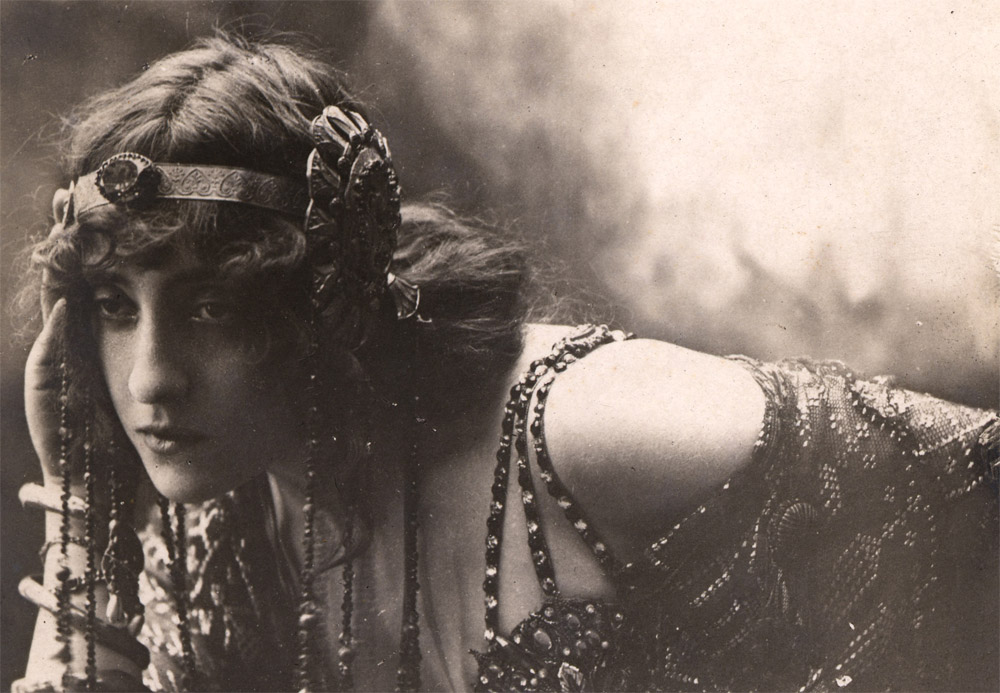 Since 2003 the adventure of our A Hundred Years Ago series has consisted in discovering, via its films, an unknown cinema. But the year 1913, the last year of peace before the Great War, is anything but unknown. The Pordenone retrospective back in 1993 on the 1913 production has left a lasting impression, and a flurry of publications and research. Here in Bologna, many major works, themes and filmmakers have been presented at past editions of the festival: the German and Italian leading ladies, the comedy series, Albert Capellani, Alfred Machin, Léonce Perret and Eleuterio Rodolfi etc. Is A Hundred Years Ago for 1913 still needed? This year more than ever, I saw my curatorial work as an experiment, open ended. The aim was, as every year, to convey via the programming – the selection and combining of films – an interpretation of that one year’s production, and to display some of its characteristic aspects, for the programmes are like the display cabinets of an exhibition. The reconstruction of a film programme from October 1913 (same structure, different films) proved the ideal way to capture the 1913 production comprehensively and to understand it properly in one central matter, that of the enormous variety in standard running times. In historically inspired programmes numerous short films illustrate the heights of narrative and visual perfection attained by the 1913 one-reeler. I consider this at least as relevant to cinema history as the fact that more and more long films (not infrequently struggling with structural problems) were produced and enjoyed sensational worldwide success. Quo Vadis?, the film of the year 1913, was a case in point. One thematic programme is dedicated to antiquity in the cinema, and other core themes – such as divismo and the approach of war – are distributed through the section. However, some single films have now been assigned a far more representative role than was the case in earlier editions. Thus one 15-minute Western must speak for the whole, enormous genre, and the short Kasperl-Lotte for all the films – and it is striking how many there were in 1913 – about lost, kidnapped or orphaned children (such as L’Enfant de Paris ì and Sans famille, neither of them in the programme.) Place of honour went to the Italian production, with some emphasis also on Germany. France is underrepresented this time, since important films (those of Victorin Jasset as well as Capellani’s Germinal and La Glu) have been shown in Bologna recently or are at the moment being restored (Maudite soit la guerre and Fantômas)… Next year in Bologna!

Will festival visitors find this year’s A Hundred Years Ago as meaningful and necessary as usual? Thanks to the viewings and research in preparing the event, some significant finds have been made and a considerable number of films restored. That is already a  lot. Valait le voyage.

My gratitude goes to the colleagues and collaborators of all participating archives.

In 1913 the industry was experiencing great expansion: on one side the major film studios were investing more in their productions than ever before, while at the same time new small and medium-sized studios were popping up with a level of drive and energy which was completely unexpected. Foremost among these was the Celio studio from Rome, established in 1912 with direct links to Cines and Film Artistica Gloria which, in the promotional pages published in February 1913, just after its constitution, clearly expressed the company’s prerogatives: “Gloria will produce exclusively full-length artistic feature films” – a declaration that could have been the motto for all major Italian productions that year. In fact, the films released in 1913 were characterized not only by their extraordinary lengths and artistic ambitions, but also by the grandiosity of the production and consequently the amount of capital invested. This higher investment in most cases paid off enormously. Epic films like Quo Vadis? and Marcantonio e Cleopatra (Antony and Cleopatra, Cines), Gli ultimi giorni di Pompei (The Last Days of Pompeii, Ambrosio), Nerone e Agrippina (Gloria), Spartaco (Spartacus, Pasquali) invaded the market the world over. Films set in ancient Greece or Rome, besides guaranteeing a huge box-office draw, became the definitive global cinematic model and set the standards for a genre that would continue to be successful for generations to come. This was not the only feat accomplished by Italian cinema at the time. During the same period when audiences were flocking to movie theatres to gawk at Roman consuls, Pompeian matriarchs and Thracian gladiators, a film was released which would come to be known arguably as the first of a new genre, the Italian diva-film: Ma l’amor mio non muore! Regardless of its right to be labeled the first of its kind, it is undeniable that Caserini’s film is characterized by those stylistic, formal and cultural elements which were to become emblematic of the golden age of Italian Diva cinema. These films brought to the limelight such stars as Lyda Borelli, Francesca Bertini, Pina Menichelli, Maria Jacobini, Leda Gys and Hesperia, who in 1913 were already beginning to display their magnitude.

If full-length feature films were the hallmark of a prestigious studio, Italian cinema was no less affirmed by its production of comic shorts, whose most popularly acclaimed names continued to be André Deed, Ferdinand Guillaume and Marcel Fabre. Fabre directed and starred in Ambrosio Studio’s Le straordinarissime avventure di Saturnino Farandola (The Extraordinary Adventures of Saturnino Farandola), one of the greatest examples of Italian silent fantasy films. Along these same lines, another one-ofa- kind feature to emerge on the Italian cinematic panorama of 1913 was Excelsior, a screen adaptation of the famous 1881 allegorical ballet. Despite the approval by the select audiences at the premiere showings and the enthusiastic response of the critics who praised its innovative use of the medium, the splendor of its direction and the perfection of the synchronicity between the images projected onto the screen and the live music performed in the theatres, the film was a dismal flop, confirming once and for all that 19th century culture had become a thing of the past. Quite paradoxically, future was ancient Rome.