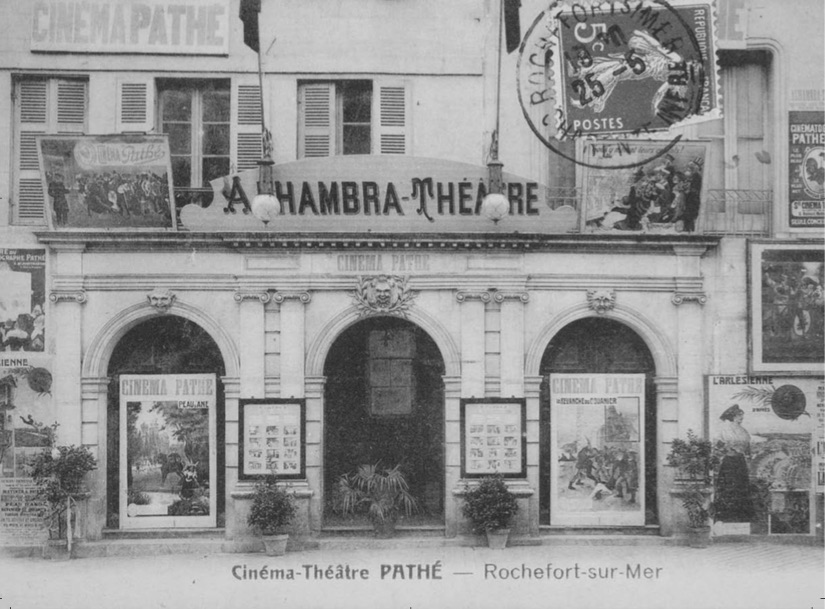 Every year since 2003, Il Cinema Ritrovato festival has featured the section “A Hundred Years Ago”, with films made one hundred years ago. We did not start with the official beginning of cinema history in 1895, but entered somewhat belatedly with 1903 (curated by Tom Gunning), just in time to capture the incredible development of the new medium in its early years. We are currently (re) discovering so much of what the cinema was discovering for itself at breakneck speed in those days. And this festival programme is gradually proving to be a long-term research project in real time, at the proper pace: from year to year. Each time it uncovers an historical layer of the cinema, revealing the changes since the previous year. (Isn’t there something a bit strange about retrospectives that condense decades of a directing or acting career into a single festival week?)

Cinema Ritrovato represents a necessary precondition for our project of an empirical history of film. Here, these at once very simple and very difficult films do not appear isolated and marginal, but rather in the appropriate context: as part of a stream of many other films of the same era. Here they encounter an interested audience and good presentation conditions. The mood is somewhere between a festive event and an everyday visit to the cinema, which gets pretty close to the original situation and raison d’être of the films. For that reason the films attain a particular clarity here, and indeed are almost lifesized (which is not the case when we watch them via DVD or the Web). Without the spectacle of large format presentation, we cannot possibly appreciate the films’ wonderful qualities, their values of astonishing beauty, directness and variety.

The curator’s mandate is, through the programme, to describe the cinema of one hundred years ago in as precise, informative and attractive a manner as possible. To translate the chaos of material from 1908 (more than 400 titles, without GB and the USA in European archives) into the cosmos of the programmes.

How, then, are we to present the year 1908 in cinema, and organise some one hundred titles? Half of the twelve programmes are devoted to three important national cinemas, the French film industry with the Pathé frères as the leaders in the world market, the USA – D.W. Griffith debuted at Biograph in 1908 – and Italy, which launched its future export hit, the sword-and-sandals epic, in 1908 with the first and perhaps finest version of Gli ultimi giorni di Pompei (The Last Days of Pompeii). Two programmes explore the topography of genres, prominent among them in 1908 the phono-scène or Tonbild (with Gaumont and Messter as the strongest producers) and the new genre of the detective series: Nick Carter, the literary king of detectives since 1886, became a film hero in 1908. Of all genres the animation film developed the most rapidly, since its effects were subject to the greatest pressure to innovate; the scènes de féeries et contes, in contrast, the most opulent film genre of the years 1902-1906, did not survive long after 1908. The four remaining programmes are constructed around thematic and aesthetic viewpoints, in part according to a basic principle of the films of 1908, the popular opposites: poor and rich, man and woman, life and art, attraction and narration.

In many respects, the production of 1908 simply continued that of 1907. There were, however, a few striking changes – the following three, at any rate: firstly, based on the routine of temporal and spatial concatenations played out hundreds of times in the chase films, in the detective films, in particular, intensified narrations appeared with stringent links between cause and effect and parallel plots. Secondly, the interior imaginings of film figures were quite frequently given visual form in 1908, based on techniques developed in animations – the beginning of subjectification. And thirdly, thanks to Film d’Art, the S.C.A.G.L. and export-oriented Italian production, numerous literary and theatrical works were filmed. In 1908, this genre experienced the beginnings of a hugely dynamic growth spurt. Our first programme, “Women of 1908”, incidentally also opens the programme section “Irresistible Forces: Suffragettes and Female Comedy 1910-1915”. Finally, there could be no cinematic year 1908 without the canonical (and much-maligned) classic L’assassinat du Duc de Guise, and without the film d’art. The Festival 1908 will close with a sketch of the film’s premiere on 17 November 1908 in the Salle Charras in Neuilly and a screening on Piazza Maggiore. We also have the good fortune to be able to show an exhibition of original film d’art posters in homage to Film d’Art in the lobby of the Cinema Lumière, works of poster art of exceptional quality from the collection of the Jérome Seydoux-Pathé Foundation. And we thank the generous lenders for these unique visions d’art.