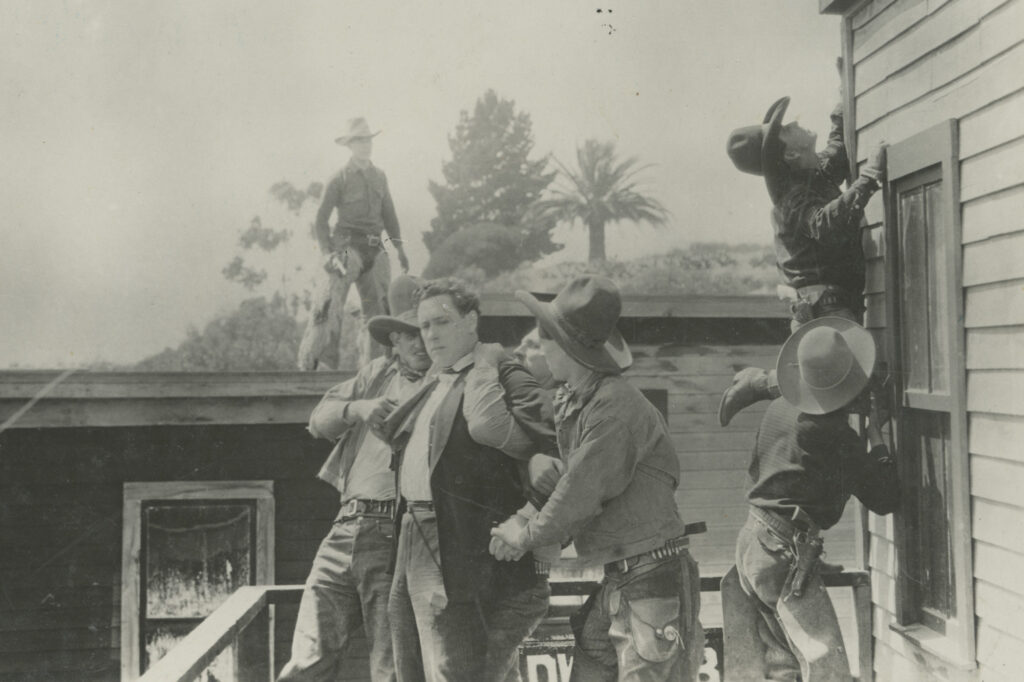 With 1920, the A Hundred Years Ago section enters a new decade. This required some changes in our approach. Until now, we have tried to give an overall view of the year’s film production, visiting as many archives as possible, receiving countless screeners from cherished colleagues in film archives and scouring the internet. When we started preparing the 1920 strand, it became clear that this way would no longer be practicable. The lists of titles from the archives were suddenly incredibly long. Two years after the Great War, the volume of film production was soaring again. We set priorities. In Italian cinema, the genres of forzuti and popular adventure films promised to be interesting. This trail led to our first chapter and to wonderful discoveries such as La cintura delle Amazzoni. It also became apparent that in 1920 a great number of two-part or multi-part films were produced, but limited time for screenings, we decided to present only the first episode each of Fritz Lang’s Die Spinnen and of Polidor’s serial starring Astrea – the weaker second episodes are quite independent films, anyway. Hoping for a revelation we hunted for the several lost works directed in 1920 by actress Diana Karenne, to no avail, but with Germaine Dulac and talented screenwriter Renée Deliot other female filmmakers naturally found their way into the programme. In the second chapter, dedicated to betrayed women seeking revenge and redress, we will meet, as well as Miss Dorothy (played by Diana Karenne) and La Belle Dame sans merci (directed by Dulac) another, Maruska (played by a mysterious Julietta Romona), in Tam na horách, a remarkable and completely unknown Czech production by the nomadic Sidney M. Goldin. By the way, the print of Tam na horách will give you a spectacular surprise. In 1920 Ernst Lubitsch reached a first high-point in his career. Although one might think that Lubitsch is omnipresent, this is actually not true at all. When did you last see Anna Boleyn and Kohlhiesels Töchter on the big screen? Both are outstanding works, the tragedy and the satyr play, and their stars, Henny Porten and Emil Jannings, are admirable performers, blowing away our old prejudices. As usual, the programme includes numerous short films, an important part of cinema production and screenings of the time. Finally we can introduce this year’s serial, another great discovery – all 15 adventure-packed episodes of Ruth of the Rockies with legendary actress Ruth Roland, fearless and bold serial queen, set in the Wild West. One film was decided upon well in advance by secret negotiations held after the screening of the Ledecký print of Soleil et ombre by Musidora at the 2019 Il Cinema Ritrovato. A new 35mm black-and-white print of Stiller’s Erotikon (1920) with real tinting done by Jan Ledecký would be screened at the next festival.

A Hundred Years Ago: 1920, Recovered and Restored

Music composed and performed by Maud Nelissen at the piano. With the soprano Wynanda Zeevaareder and the baritone Willem Korteling