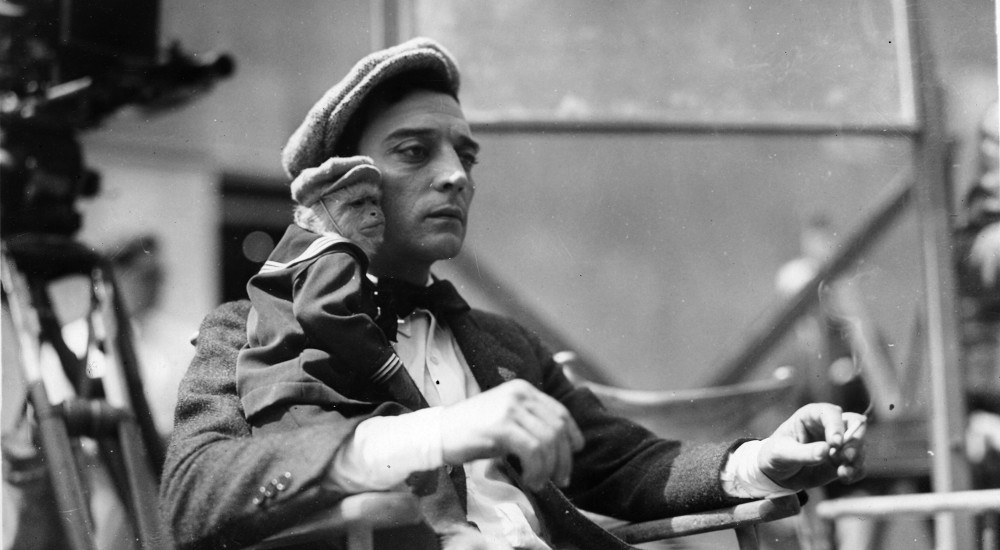 Our programme this year goes beyond the scope and the ‘temporal perimeter’ of the Keaton Project: 30 great, major or minor films, starring and directed by Buster Keaton (in tandem with Eddie Cline, Malcolm St. Clair, Clyde A. Bruckman, Charles Reisner…) between 1920 and 1928. In addition to the new ti­tles restored in partnership with the Cohen Film Collection, we are presenting the complex yet essential restoration of The Cameraman – Keaton’s first film for MGM and his last masterpiece – the result of a recent collaboration with Warner Bros. and the Criterion Collection. For eight years Keaton had worked incessantly in an atmosphere of artistic fervour, experimentation and creative freedom. “When we made pictures,” he would say of those unique times, “we ate, slept and dreamt ’em”.
This was a freedom that Keaton clearly cherished but also never really fought for, neither at the beginning of his career – it was his staggering talent that stood out – nor during his fatal move to MGM, orchestrated by Joseph Schenck and signed in January of 1928. Keaton docilely went along with the course of events.
Everyone knows about what happened next: the alleged 22 gagmen lined up by MGM, a young and ambitious producer’s rampages on the set, a script that was difficult to develop and with too many writers, which Keaton viewed as an obstacle to his creative process. It is hard to believe that a marvel such as The Cameraman was born in such a stifling atmosphere. Another declaration of love for cinema and ‘making cinema’ (and reflecting on the paradoxes of success), this film abounds with brilliant comic ideas and genuinely epic moments. But perhaps it’s in its very success that lay the beginning of Keaton’s downfall. In having been able to stoically overcome, just like in his films, all the obstacles on his path. Yet, in retrospect, we can feel that something is changing.“He’s not yet entirely a character in someone else’s movie, but he is no longer a drifter within his own universe,” wrote Andrew Sarris, “The Cameraman is to Steamboat Bill, Jr. what A Night at the Opera is to Duck Soup for the Marx Brothers. In both instances, Metro-Gold­wyn Mayer managed to domesticate anarchic talent for a larger and more sentimental constituency”.
So let us celebrate a still “undomesticated anarchic talent”, which permeates scenes of ghostly manifestations and an as­cent to heaven in The Haunted House (one of the many fatal abodes built by Keaton), at the family dinner in My Wife’s Relations and his athletic failures in College….
Our sincere thanks to Kevin Brownlow and Livio Jacob for reminding us of the extraordinary amateur film shot on the set of The Cameraman; and to Serge Bromberg and Eric Lange for believing in the uniqueness of our audience and allowing us show My Wife’s Relations original ending found in the Lob­ster Films collection