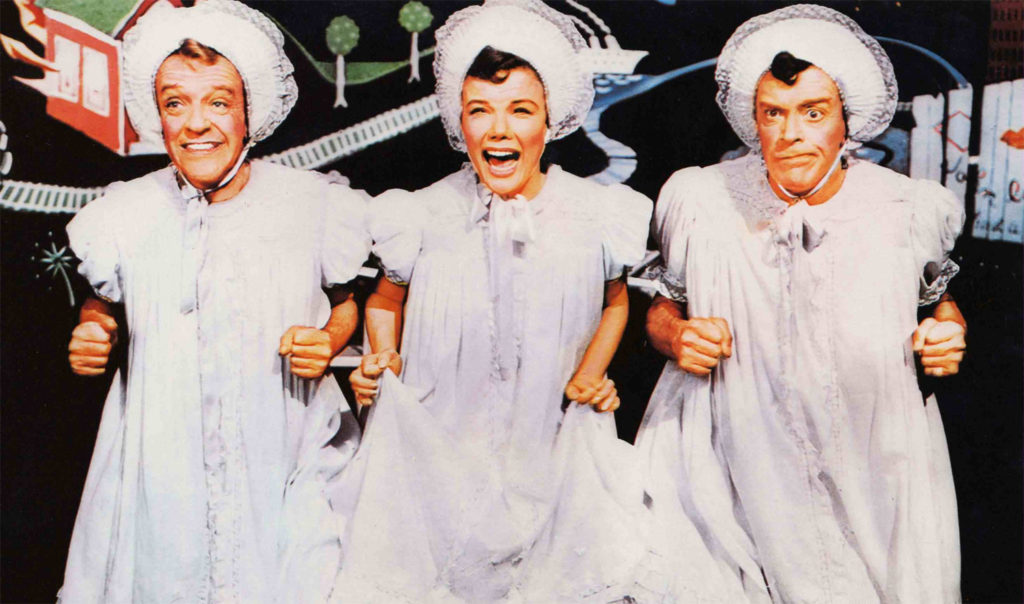 We are continuing a journey we began last year presenting vintage safety 35mm Technicolor prints. This year’s selection was made possible with contributions from Martin Scorsese’s private collection, the Academy Film Archive, Cinémathèque Suisse (which owns an extremely rare golden print of Reflections in a Golden Eye) and CSC – Cineteca Nazionale (which gave us a Technicolor print of Apocalypse Now Redux printed by Vittorio Storaro). This year’s game changer, however, comes from the Academy. Mike Pogo will present to the festival audience film print tests made at the Technicolor lab in L.A. Like a miracle, we will be transported to the kitchen of the historic Cahuenga Boulevard facility and see materials normally only intended for technicians.
In contrast to 2015, this year I was unable to examine the prints; it was necessary given their state of conservation and the quality of color work. These are films we simply cannot imagine in black and white. Their drama, comedy, tension and rhythm are woven together by color, which, in turn, becomes itself a starring actor. The green coat of Tippi Hedren the thief, the attack at sunset in Apocalypse Now, the MGM yellow raincoats in Singin’ in the Rain, the red jackets in The Patsy and Fred Astaire’s silvery gray suit in The Band Wagon are all part of our collective imagination. Perhaps we remember the chromatic details of these films better than their exact storylines (I often wonder whether colors are a reality or merely a tool of our memory to help us remember a dreamt reality).
This section is not against digital technology; it is intended, instead, to stimulate an informed conversation about the value of film stock prints and their restoration. Color is the hidden heart of this year’s festival with the second part of the retrospective on color in Japan (the first Fujicolor and Konicolor films) and the restoration (thanks to Universal) of one of the most well-known Technicolor filmstrips, King of Jazz, which was previously impossible to watch due to the poor quality of surviving prints. Color resurfaces in the silent film section with a few Russian silent titles (of which there are rare colored prints), remarkable colored Lumière films from the Velmorel collection, the introduction of Technicolor Bipack with Keaton’s Seven Chances, Pierru’s hand-colored pictures, Fischinger, several works in Kinemacolor, the first color motion picture process, and – last but not least – part of the Lumière! exhibition devoted to the first (and, in my opinion, the most beautiful) color photography process, Autochrome.
Get your eyes and memory ready…

Special thanks to Miguel Marías, who moves through the movies of film history with the same speed, command and confidence as Clark Gable taming a horse in The Misfits.

SINGIN’ IN THE RAIN

SINGIN’ IN THE RAIN