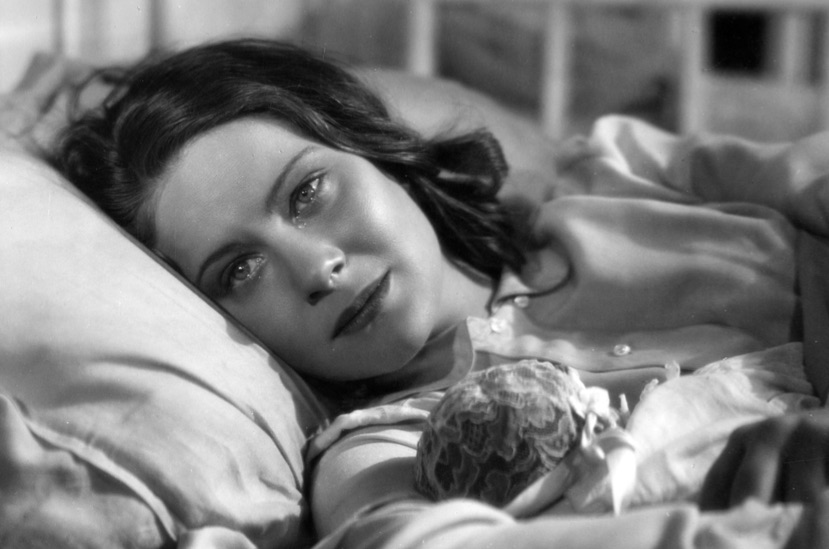 There are many determining factors in a star’s career: beauty, sometimes (but not always) talent and fortuitous coincidences. But often the reasons for success and popularity remain unclear and mysterious, incomprehensible even. This is the case of Alida Valli, one of the few real Italian female stars, whose unstoppable rise occurred in the crucial decade of 1936-1946. The young girl from Pola appeared on the screen at an extremely young age, revealing her beauty and talent by passing seamlessly from evanescent comedies to tear jerking melodramas and sophisticated literary adaptations. Even though the films that she will be remembered for, her masterpieces (The Third Man, Senso and Il grido), all belong to the following decade, it was during those years straddling the Second World War that, in film after film, she created her screen persona and defined her personality both as a woman and an actress.

It is those first years that we want to concentrate on. They were years of incredible transformation: the apparent consolidation of the Fascist regime, the villainous pact with Hitler’s Germany, the horrors of war and the great hopes of the post-war years. This is the setting, full of light and shadow, smoky ruins and abstract violence, for the start of young Alida’s human and artistic adventure. A career that in actual fact was confined within the cramped boundaries of a small world, the Italian cinema of “white telephone” movies. An inward-looking world, autonomous and removed that until the very end seemed to want to ignore the epochal cataclysm of war, barricaded behind the soundproofed walls of the Cinecittà studios. And perhaps it is this irreconcilable contradiction between tragic reality and watered down fiction, between personal life and the life of her characters that casts clouds of unrest over the young actress’ face so that her ‘mask’ unexpectedly changes in a few years from dreamy and carefree adolescence to precocious and shining maturity. Almost as if history, ignored by the cinema, seeped through her shining gaze, as unique as Marilyn Monroe’s curves or John Wayne’s walk.

Neo-realism was to bring cinema back to the streets and squares, filled once again with life, voices, faces and ideas after the suffocating restrictions of the Fascist period. That could have been her moment. That period, that place, the Italy of Rossellini, De Sica and De Santis. They were the people that demanded her presence and talent. But it was not to be; Alida was promoted by the heads of the majors and thrust into the American star system, thereby missing her appointment with Neo-realism. Or rather, fortunately, only postponing it.

A career that was at once exemplary and anomalous, fortunate and problematic. It blossomed in difficult and troubled years, within a contrite cinema that was stifled by the regime’s hypocrisies and censorship, but that was already showing the extraordinary potential that would soon develop into one of the most successful and prolific periods in the history of cinema. A unique career, as is the case with all stars. A career closely bound up with a private life that from the very beginning Alida tried to conceal and defend behind a wall of privacy and discretion, always refusing to play the social and media game that popularity and being a star demands. An anti-diva perpetually fighting against her destiny of being a diva. But it is probably this very conflict that nourishes the uniqueness of her experience and the inexhaustible and everlasting power of her charme.