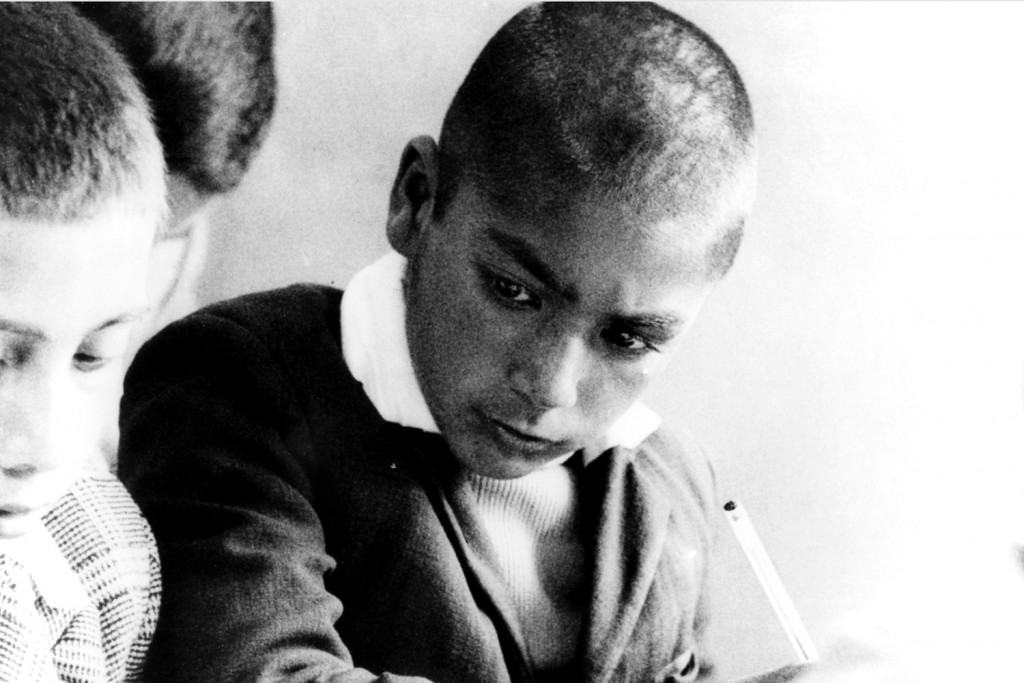 This programme offers one way of looking at the birth of modern cinema in Iran, a development now commonly referred to as the Iranian New Wave. The films presented here make up roughly one quarter of the New Wave films and were selected according to accessibility and print quality above notions of artistic merit alone.
This particular narrative concerns four filmmakers, each of whom returned home to Iran following a period spent overseas, in order to revolutionise, even if subconsciously, their national cinema. In doing so they also rebelled against a society they found apathetic and divided over matters of justice.
In 1949 Farrokh Ghaffari returned from Paris, where he had befriended Henri Langlois and promised that he would initiate an Iranian cinémathèque. He not only fulfilled that promise but also took up filmmaking in the 1950s. The following decade Dariush Mehrjui, Sohrab Shahid Saless, and Kamran Shirdel each arrived in Tehran – from Los Angeles, Paris and Rome respectively. With a series of films made between 1965 and the mid-1970s (reaching a creative peak in 1969), the silence was almost broken: a revolution, both cinematically and socially, was underway and the subversive talents of these filmmakers were put to use within the system – as they had no choice but to rely on government funds.
While most of the European ‘New Wave’ directors turned their cameras on images of the naked, urban life outside the studios, the Iranians chose to explore life in the villages and shanty towns, and the faces of the underdogs. The filmmakers all loved Italian neorealism and having recently returned from western metropolises they were shocked to find a country whose face was leprous with poverty and inequity. The Iranian New Wave was a moral, political and aesthetic response to that cultural shock.
There was hardly any collaboration among these four figures, though they each faced similar problems of censorship, which even the revolution failed to defeat. Consequently almost all the key New Wave filmmakers, except Mehrjui, left Iran. Most of those who did never returned to reap what they had sown. They not only foreshadowed the Iranian cinema of the 1990s but contributed to the post-revolutionary country in even more explicit ways: Gaav (The Cow) literally saved Iranian cinema from a permanent ban; Yek ettefagh-e sadeh (A Simple Event) led to a series of social dramas featuring child actors; and Shirdel’s once-banned films lit up the screens and moved audiences with their sincerity and boldness. This simple event, then, is one of beauty underscored by disillusionment, with lives uprooted and earlier dreams of a new Iranian cinema faded.