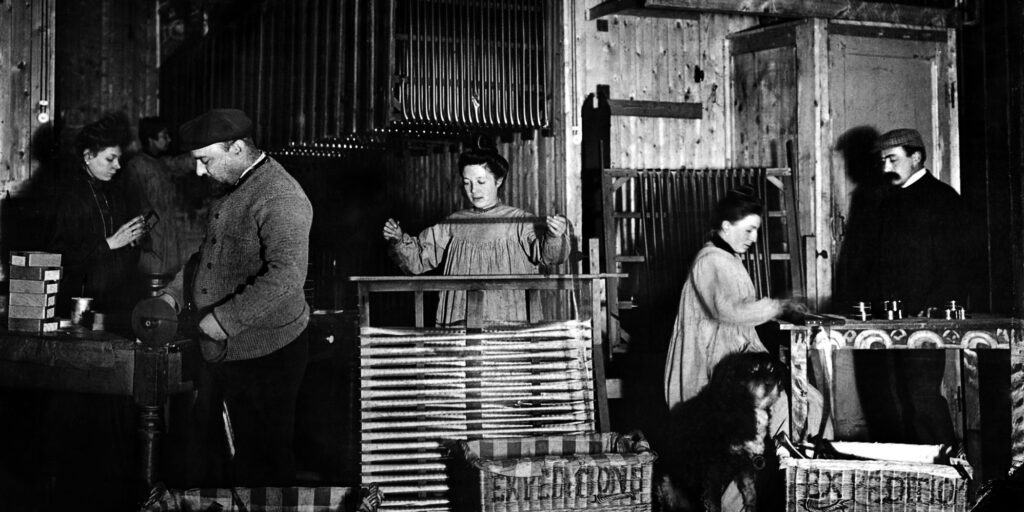 A surprising quantity of films from 1901 are still in existence today for us to see and project on a screen, as they were 120 years ago. However, what has radically changed is their context. The rental system of distribution did not exist: films were bought, not rented, by travelling showmen. Producers organised daytime screenings for buyers in their company offices. Pathé frères had a system of voyageurs (travellers) in place for the international sales of phonographs and cylinders, and in February 1901 employed a rep fluent in German and English to sell films in Austria, Germany and London. The London-based Warwick Trading Company directed by Charles Urban distributed not only its own productions but also that of other companies, notably Lumière and Méliès. London became the centre for both the distribution of American films in Europe and European films in the USA.

A travelling showman in Austria recorded that he ordered his films directly from Pathé or Gaumont in Paris, Warwick and Urban in London, Deutsche Bioskop in Berlin and Lubin in Philadelphia. Every three to four weeks he received a box from Pathé containing a selection of the latest films. Enclosed was a note asking him to return any that he did not want. Then the invoice was sent. Since he mentions Urban (who broke away from Warwick in 1903) the description might not entirely apply to 1901, but it gives a vivid impression of how exhibitors got their films before the rental system came in.

Showmen either used theatrical venues and cafés-chantant for their screenings or they travelled with their own venues: gorgeous fairground tents, the first cinema palaces. It was an international business. Entrepreneurs such as Leilich, Kullmann, Böcher and Bläser came from old German or Swiss dynasties of fairground people. They tried to spend the winter season in the mild climates of Italy: Böcher stayed in Bologna in Piazza VIII Agosto for three months (October 1901-January 1902) and Kullmann’s Cinematografo Gigante for two months (December 1901 to January 1902).

Recovered and Restored, The Century of Cinema: 1901

Visit to Pompeii (8')
The Sick Kitten (1')
A Photograph Taken from Our Area Window (1')
The Countryman and the Cinematograph (1')
And more...